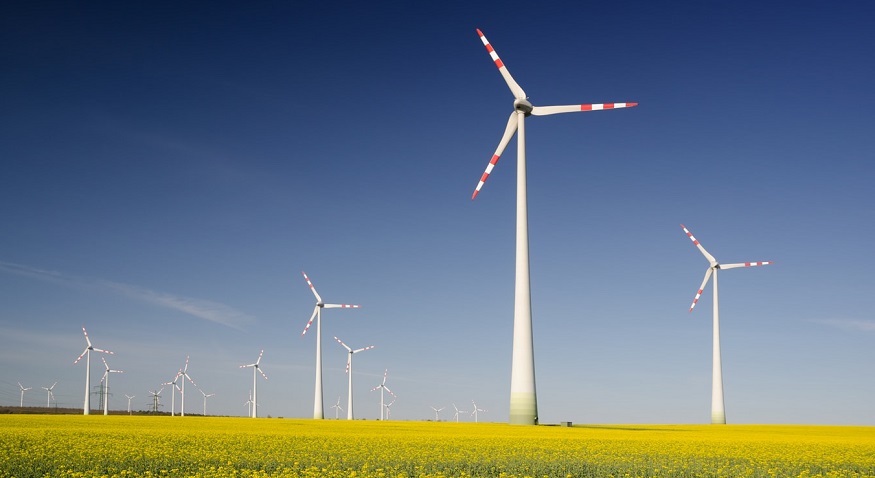 The country derived 61 percent of its electrical power from renewable sources in February.

German wind energy topped off the country’s renewable energy use to bring it to the level that it broke previous records in February.

The data was provided by Fraunhofer ISE, which keeps detailed records on electricity sources.

The Fraunhofer ISE data is made available daily, weekly, monthly and annually in the form of charts. Last months German wind energy data showed that the country obtained 61 percent of its electrical energy from renewables. That was the highest ever percentage for the country.

Until now, the largest percentage of renewable power used on the public grid was 54 percent. That occurred in March 2019. According to a report in Renew Economy, German wind energy was the largest contributor to the green energy generation in the country. Though the country has set higher records on individual days and even for the span of a week, February 2020 represented a full month’s record.

“Of the total 45.12TWh generated by Germany’s power sector, 27.63TWh, or 61.2%, was generated from renewable electricity sources. Throughout the month, Germany’s renewable energy sector regularly provided around 60% or above of the country’s electricity production – including over a dozen days around or above 70%,” said the Renewable Energy report.

The 20.80 TWh represents 45.8 percent of the electricity needs of the country. This greatly surpassed the prior record of 34.7 percent, which was set last year in March. After wind, most people would assume that solar was the next biggest contributor. However, this was not the case in February 2020. During that month, biomass contributed 8.3 percent of the total with 3.74 TWh generated.

Solar was, however, in third place, having generated 1.86 TWh, which contributed 4.2 percent of Germany’s total. The remainder of the country’s electricity demand was met by natural gas (10.2 percent), nuclear (11.5 percent), and both soft and hard coal (17 percent).

German wind energy was able to take the country to a new renewable power record last month due to a downward coal usage trend.