Stationary fuel cells are finding more support throughout the world

The stationary fuel cell market is showing  that fuel cells are much more than a passing fancy, according to a new report from Navigant Research. The global fuel cell industry has been experiencing strong growth in recent months due to the introduction of new products and a growing interest in hydrogen fuel as  a primary energy source. Stationary fuel cells, in particular, are seeing a great deal of interest and the market is buzzing with hype for these energy systems.

The need for reliable energy systems is growing

Several countries around the world are beginning to take the stability of their energy infrastructures more seriously. Fuel cells are becoming a popular solution to the stability problem, as they are capable of generating large amounts of electrical power in a reliable fashion, even when cut off from a primary fuel source. This is particularly important in parts of the world where natural disasters are common. Some disasters can leave an energy grid struggling, but fuel cells can provide reliable access to electricity even in the wake of a major natural disaster. 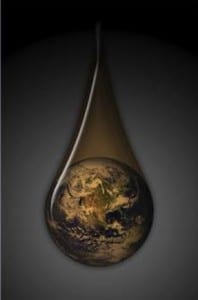 When it comes to stationary fuel cells, one of the primary drivers of adoption is a shift in politics concerning renewable energy. In the past, clean energy had been a primarily environmental issue that had some ties to the political world. In recent years, clean power has become heavily politicized and is considered a relatively controversial subject. Now, clean energy is largely a matter of economics.

Natural disasters are becoming more costly to deal with, and not only because they can cause significant damage to properties. When a disaster can subdue parts of the energy infrastructure, the loss of electricity could have serious consequences. For some businesses, a loss of electrical power over a prolonged period of time could translate into a serious financial loss that could take several months to recover from. Fuel cells could provide a potential safety net for such a disaster.