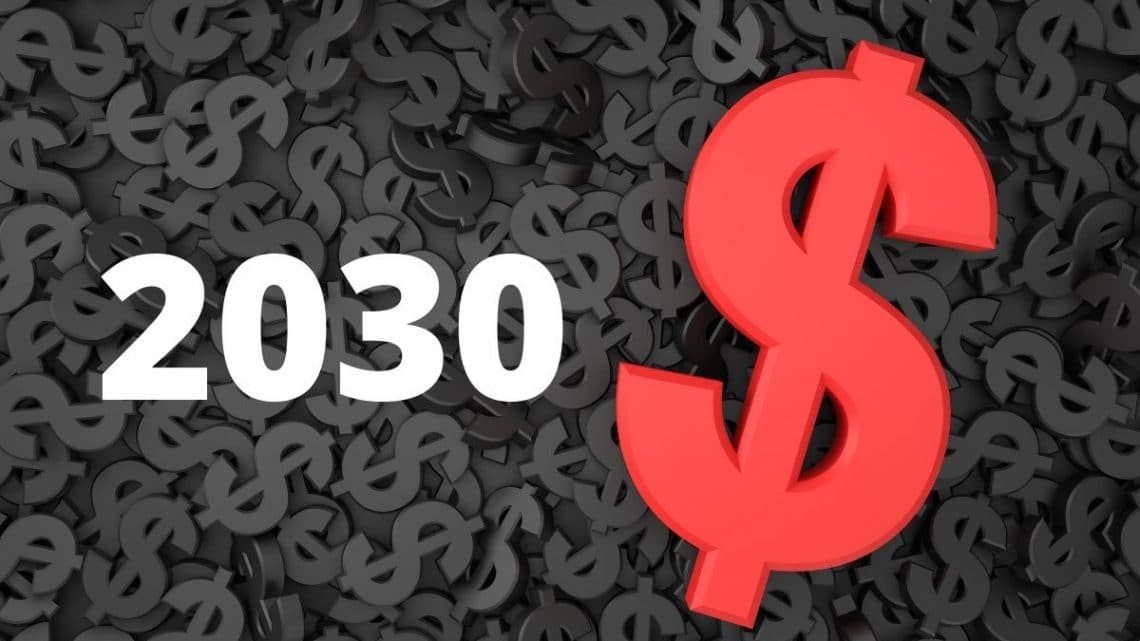 What will green hydrogen cost in 2030?

Several analyses have predicted that the price of renewable H2 will fall substantially, but how much?

This year is lining up to set an inflation point for investing in H2, as production and use are expected to surge.

Investment into and production of green hydrogen have been soaring to new highs. If governments sign on as they are expected to, this will pave the road for widespread use, sending the cost of the renewable fuel through the floor, according to new analyses.

A recent BloombergNEF energy market analysis predicted that this year will be a tremendous one for the renewable H2 sector. As industrial decarbonization remains in the spotlight and tech costs critical to production sink, the price of renewably produced H2 are also to continue dropping. Investments into production capacity have been skyrocketing, only supporting that trend.

Corporations purchased 31.1 gigawatts of clean power through long-term contracts, largely driven by activity in the U.S. and from large technology companies, up nearly 24% from 2021. https://t.co/vMnMl22nGH

The report made a number of solid predictions for 2022, including a rapid acceleration of electrolyzer installations and a rising number of companies with an exclusive focus on the clean fuel are considering IPOs.

The report indicate that green hydrogen will achieve a better price than blue H2 before.

According to the BloombergNEF report, green H2 will reach a point that it is more affordable than blue hydrogen before the close of the decade. Blue H2 is produced using fossil fuel such as natural gas, followed by carbon capture and storage to reduce the greenhouse gas emissions resulting from the production process. The report pointed to the cheapest sources of this clean H2 as being Australia (by 2027) and China shortly afterward.

“Although expensive today, green hydrogen costs are expected to plummet 75 per cent by 2030, as the price of electrolysers rapidly declines. Chinese companies already sell electrolysers at one-quarter the price of their western peers,” said BloombergNEF. “The price decline means that green hydrogen will be cheaper to make than blue hydrogen from natural gas across the world by 2030.”

Once the cost of green hydrogen drops, it is expected to remain the cheapest zero-emission fuel source.

According to the report, once renewable H2 falls to the point that it is the cheapest zero-emission form of H2 fuel, it will maintain that status for the foreseeable future. After 2030, its competitive advantage will grow and producing H2 with fossil fuel will remain viable only in countries with governments that continue to subsidize and otherwise support both its use and production.

The analysts behind the report also forecasted that efforts to meet zero net emission targets – instead of those focused on carbon pricing strategies – will act as the top long-term green hydrogen adoption driver, particularly over the short term.

“Carbon pricing will be key for clean hydrogen demand to grow – so goes the mantra repeated by industry participants, policymakers and even BloombergNEF. While true in the long run, national and corporate net-zero goals will drive more clean H2 demand in 2022 than carbon pricing,” said the report.

Green hydrogen electrolyzer demand will grow by four times before the close of this year.

The BloombergNEF analysts predict that the spiking green hydrogen demand will also spike the need for electrolyzer equipment, to the point that it will quadruple before the year comes to an end. It will rise from 458MW of new electrolyzer capacity that was added last year to somewhere between 1.8GW and 2.5GW of new installed electrolyzer capacity by the end of 2022.

China is leading the way in this new demand. That country alone is expected to comprise about two thirds of new electrolyzers.

The analysts identified five primary industrial sectors that will lead the way in green hydrogen growth. They include the production of ammonia, steel, methanol, chemicals, and oil refining.

BloombergNEF is a strategic research provider with a focus on disruptive tech an global commodity markets pushing forward the decarbonization transition.