H2 Logic, a leading developer of hydrogen fuel cells, has launched two new products associated with its H2Station line. These products are designed for hydrogen fuel stations, which are beginning to crop up all over the world. The auto industry has been quite successful in its work to promote hydrogen transportation, thus leading the increased demand for hydrogen-powered vehicles. These vehicles require a comprehensive infrastructure, thus countries hoping to see economic gain from their position in the auto market are working to build new hydrogen fuel stations. H2 Logic has taken note of this trend and has begun rolling out new products to make these fuel stations more efficient. 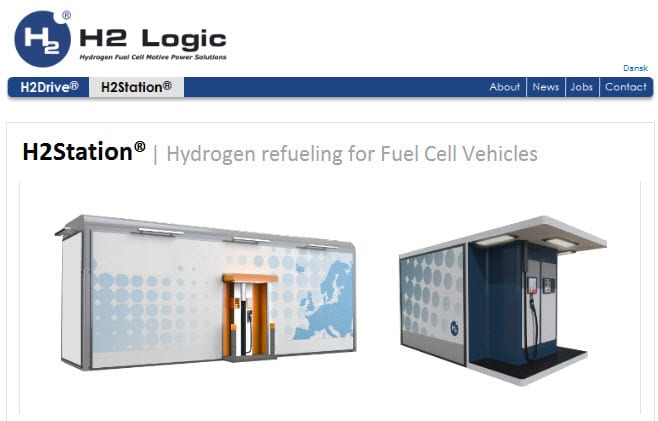 H2 Logic has long been involved in developing customized hydrogen energy systems. The company’s introduction of two new H2Station products represents its shift to more standardized manufacturing. Standardization is expected to help the company reduce the cost associated with the manufacture of hydrogen fuel cells as well as reduce the deployment time of such energy systems. Both of the company’s new products are focused on hydrogen transportation, both for consumers and in the materials handling space.

The first of these products is called H2 Station Car-100. This hydrogen fuel solution boasts of “fast-fueling” fueling technology and is capable of providing more than 100 kilograms of hydrogen fuel every day. The second product, called H2 Station MH-100, is similar to the first, but designed with materials handling vehicles in mind. Both products are capable of providing access to large amounts of hydrogen fuel, with the later designed to compete with conventional diesel fuel solutions.

Time may be right for bold moves in hydrogen fuel market

H2 Logic expects to begin delivery of its new products in early 2013. The products are likely to find some success amongst countries and businesses interested in hydrogen fuel, especially as new hydrogen-powered vehicles are making their way to the commercial market. H2 Logic believes that the time is right to begin capitalizing on the growing popularity of hydrogen fuel.