Honda will no longer be making a CNG Civic

Automaker Honda has announced that it will no longer be making a hybrid or compressed natural gas version of its Civic. The company has plans to produce other electric vehicles, as well as those powered by hydrogen fuel, but natural gas will no longer be a part of the Civic’s future. Automakers have been showing some interest in vehicles powered by natural gas, largely because natural gas is a fraction of the price of gasoline. These vehicles have struggled to find support among consumers, however.

Natural gas is losing interest among consumers and automakers alike

A few years ago, Honda was the most prominent company to offer a compressed natural gas vehicle. The CNG Civic, as it was called, was praised for being both ecological and inexpensive. Other automakers followed Honda’s example, developing their own CNG vehicles to take advantage of the growing natural gas market. Consumers, however, have shown relatively little interest in these vehicles, mostly due to the fact that there is a lacking infrastructure. 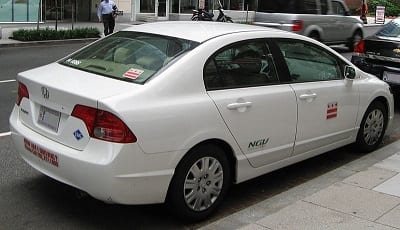 Without a comprehensive infrastructure, new vehicles have struggled to find support among consumers. These vehicles do not have access to the fuel they need to find success. Because consumers do not have easy access to fueling stations that provide natural gas, or hydrogen fuel, they do not see CNG vehicles as a worthwhile investment. As such, automakers are beginning to consider that CNG vehicles may not be a viable focus for their clean transportation interests.

Though Honda has announced that it will no longer be making a CNG Civic, the company does have plans to continue developing a fuel cell vehicle. Honda was one of the first automakers to produce a vehicle powered by hydrogen fuel and bring it to the commercial market. Though the availability of this vehicle is limited, Honda plans to expand the accessibility of its future fuel cell vehicles.