Japanese automaker Honda has plans to debut its new fuel cell vehicle in Europe at the 2016 Geneva Motor Show. The company was among the first to introduce a fuel cell vehicle to the market several years ago, though its original vehicle was only available for lease in California. The new Clarity Fuel Cell vehicle was first showcased at the 2015 Tokyo Motor Show, where it received strong praise due to the technology that it uses and its performance capabilities.

Vehicle runs off electricity produced by the consumption of hydrogen

The Clarity Fuel Cell is equipped, as the name suggests, with a hydrogen fuel cell. The fuel cell consumes hydrogen and produces electricity, with the byproduct of this process being oxygen and water vapor. This makes the vehicle environmentally friendly, as it does not produce any harmful emissions. This is one of the reasons fuel cells have become so popular in the auto industry, but these energy systems are also highly efficient and do not sacrifice performance in order to secure environmental friendliness. 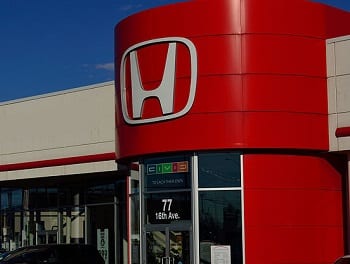 Honda is not the only company that is showing off its fuel cell vehicles, of course. Both Toyota and Hyundai are also promoting their new vehicles, which are equipped with hydrogen fuel cells. These vehicles are already available in several markets, but adoption among consumers has been relatively slow. This is partly due to the high cost of fuel cells, but also the lack of a comprehensive hydrogen fuel infrastructure in prominent markets.