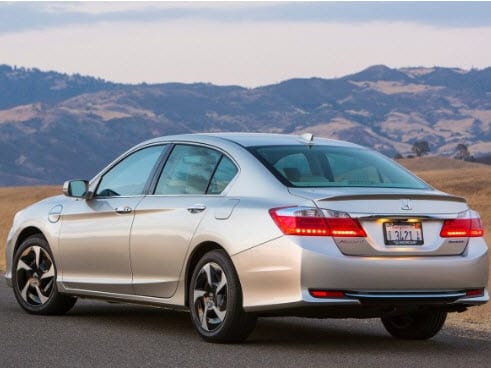 Late last week, Honda revealed its new 2014 Accord Plug-in Hybrid. The vehicle is equipped with an electric engine that is capable of running on conventional fuels as well as electricity, as can be expected in a hybrid vehicle. Honda has been making waves recently for its development of hydrogen-powered vehicles and the role it is playing in their promotion, but the company has not abandoned its interest in other models. Though hydrogen transportation may be the future of the auto industry, the shift is not likely to happen overnight. As such, hybrid vehicles are meant to help consumers make the transition from old vehicles to future models.

The 2014 Accord boasts of numerous features that would be expected in Honda’s other models. While some are innovative enough, they pale in comparison to the vehicles efficiency. Earlier in the year, the U.S. Environmental Protection Agency tested the 2014 Accord to gauge its fuel efficiency. According to the EPA, the vehicle boasts of a staggering 100 miles-per-gallon rating, making it one of the most efficient vehicles to ever be made. The vehicle’s battery pack will last for 15 miles on a single charge, after which the gas engine will kick in.

New Accord eligible for tax credit from federal government

New vehicles that make use of clean technology and alternative energy are often met with derision from consumers because of their cost. Honda notes that the vehicle is eligible for $3,750 in federal money that will help offset its overall cost. This is part of the Federal Tax Credit that Honda receives for its production of fuel efficient vehicles and will help the 2014 Accord find more favor amongst consumers.

Honda plans to begin selling the 2014 Accord in the early months of 2013. While the 2014 Accord may not go a long way in impressing auto enthusiasts, it is expected to be a big hit with the average consumer, especially those with concerns for the environment and the rising cost of gas. Honda still has plans to introduce hydrogen powered vehicles to the international market, which may go a long way in revolutionizing the way people look at vehicles.