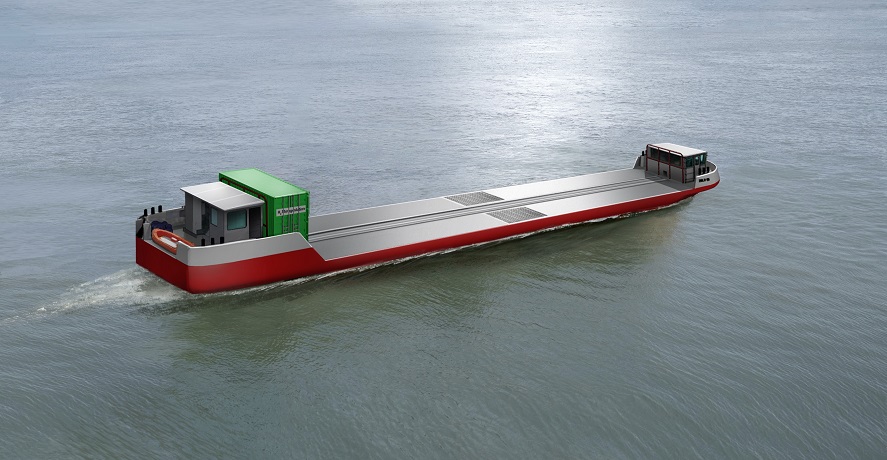 The world’s first ever transport vessel of its kind will be headed out in Paris this year.

Flagships, an innovation project out of Europe, will be operating the world’s first hydrogen cargo vessel this year, beginning its journey in Paris along the Seine river.

The transport vessel will begin its commercial operations before the close of this year.

The unique hydrogen cargo vessel will be owned by Compagnie Fluvial de Transport (CFT), a French inland shipowner and Sogestran Group subsidiary. That company is currently in the midst of building its urban distribution business, focusing on transportation within the Paris area.

“The demand for more sustainable technologies in inland waterway transport is on the rise. As part of the Flagships project, we are happy to be leading the way on reducing emissions from transport and demonstrating the superior features of hydrogen fuel cells in waterborne applications,” said CFT director Matthieu Blanc.

Vehicles like the hydrogen cargo vessel are increasing in importance for meeting climate targets.

“Green and sustainable shipping is a prerequisite for reaching national and international emission reduction targets. Ships powered by renewable hydrogen will make a substantial contribution to reducing emissions from shipping and improving air quality in cities and other densely populated areas,” said Jyrki Mikkola, the Flagships project coordinator from the VTT Technical Research Centre of Finland.

Both the shipping industry and the EU as a whole have been looking to H2 technology as a central component of their carbon emission reduction solutions as they reach for their climate change targets. The Flagships project received its first funding of €5 million from the Horizon 2020 European Union’s Research and Innovation program, back in 2018. That funding was issued through the program’s Fuel Cells and Hydrogen Joint Undertaking (FCH JU).

The funds were meant for the development and deployment of two H2-powered vessels; one in France and one in Norway. Initially, the French option was meant to be an H2 push-boat deployed in the Lyon region. However, as technology continued to progress, it became clear that cargo transport was an option, and the demo pusher boat plans were altered to become an inland cargo vessel, instead.

This first hydrogen cargo vessel in the world will be used for shipping products on pallets and in containers along the Seine.