The famous Japanese automaker is making headlines with its hydrogen-powered car. 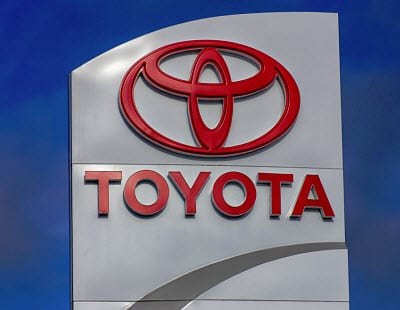 Toyota’s hydrogen fuel car, currently dubbed the 2015FC (fuel cell), is the first hydrogen-powered car set to be released in the U.S., European and Japanese markets next year.

Toyota Motor Corporation has had high hopes for fuel cell technology for 20 years.

Developing a car that runs on hydrogen fuels is not a new concept for Toyota. For two decades, this giant car producer has faced challenges with this technology. They have struggled to make it work and have also tried to find ways to lower the costly manufacturing process of these vehicles, so they wouldn’t be cost prohibitive to consumers. Toyota has also been doing its best to remain competitive with one of its biggest rivals, Honda, which released its HFC vehicle, the FCX Clarity, several years back.

In a recent interview, Satoshi Ogiso, a managing director at Toyota said, “With the 2015 FC car we think we’ve achieved a degree of dominance over our rivals.” He went on to say that with their hydrogen fuel car, they are taking a huge step forward in making HFC vehicles a viable option for daily use.

Toyota believes it has found a way to reduce the cost of hydrogen fueled cars even more by implementing certain improvements in the design of these vehicles. By using copper in coils that is flatter and wider than normal, this gives the motor greater power, while at the same time shrinking its size and making it more cost-effective.

Insufficient infrastructure is one of the biggest challenges that fuel cell car manufacturers face. There are a limited number of hydrogen fuel stations around the globe. According to executives from Toyota, it costs roughly $2 million to build just one station in the U.S. In addition, another issue with hydrogen fuels is that when hydrogen is not handled carefully it is very flammable, which raises some safety concerns.

Regardless of the drawbacks, this is not about to stop Toyota from moving forward. In fact, in order to boost buyer interest and sales, the automotive company is willing to sell their hydrogen fuel car at a loss. Thus, after government subsidies, this could mean that drivers who reside in some of the leading clean transportation markets in the U.S., like California, may be able to purchase the car at a price that could range anywhere from $30,000 – $40,000.