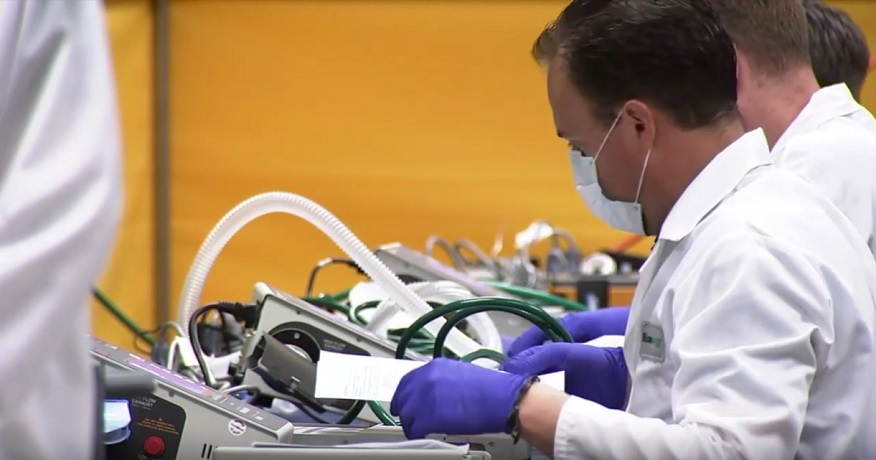 California received a shipment of equipment to fight COVID-19 which turned out to be broken.

A hydrogen fuel cell engineer has developed a fix to help California to be able to use the ventilators it critically needs but that all turned out to be broken.

The 170 ventilators appeared to be completely useless until Joe Tavi found a way to fix them.

The hydrogen fuel cell engineer had a look at the ventilators California received last week. They were intended to help people in the state who were fighting COVID-19 and needed assistance breathing. As it turned out, they were all broken and unusable.

Tavi works as an engineer at Bloom Energy, which is based in San Jose. Company COO Susan Brenan phoned Tavi to tell him that the state’s governor had reached out to them. She asked him if it would be possible to “learn how to fix a ventilator?” Tavi promised to sleep on it. He made a pot of coffee for himself and then proceeded to begin downloading the manual of over 300 pages in length for the LTD 1200 ventilator. He studied it carefully and started working on developing ideas. By 5 am, he called Brenan back to tell her “We can do this… We won’t be able to do it if we don’t try.”

At that point, the hydrogen fuel cell engineer was confident that he could repair the ventilators.

Tavi worked with a team of other engineers from the company to develop a repair plan. He used several YouTube videos focused on ventilator calibrations and settings to help guide them. The head of supply chain at Bloom Energy started to order the parts they would need for the repairs.

The team was so effective that all 170 of the original shipment’s broken ventilators were repaired. Moreover, hundreds of additional ventilators sent to California have also been refurbished using the same strategies. By the time of the writing of this article, about 500 ventilators in California alone have been repaired using the technique developed by the Bloom Energy team.

The hydrogen fuel cell engineer and his team were a strong choice for the project. After all, they already work on equipment combining air and hydrogen to produce a chemical reaction that will result in electricity. For this to occur, the hydrogen and air are sent through hoses,

valves and fans in order to ensure the quantities are properly balanced. This is not entirely unlike the concept behind a ventilator.