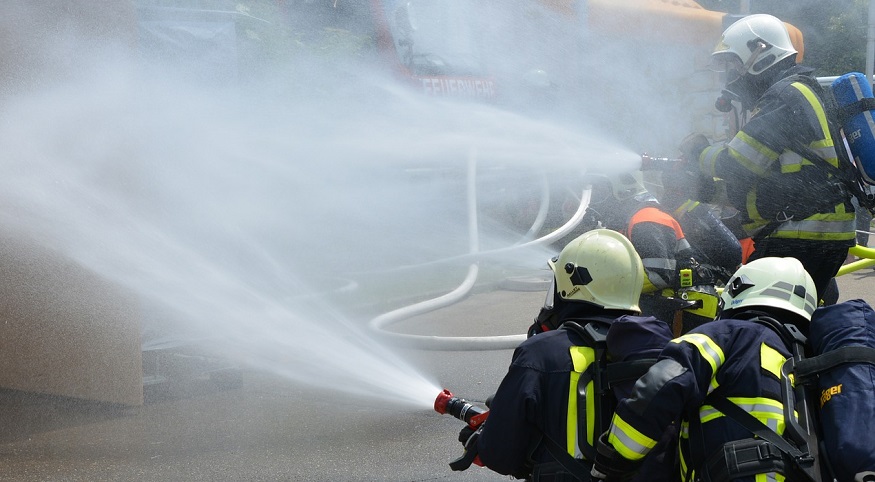 The Long View, North Carolina blast caused no injuries but was felt for miles around.

A OneH2 hydrogen fuel cell plant in Long View, North Carolina has exploded. No one was injured, but sixty homes were damaged, and firefighters said that the blast was felt miles away from where it happened.

The 44 facility employees were all uninjured despite the intensity of the explosion.

A Hickory County, North Carolina firefighters’ spokesperson said that the hydrogen fuel cell plant explosion was called in on Tuesday morning. The facility is the only one of its kind on the East Coast.

“The call came in this morning at 8:36, it was called in as an explosion,” said the firefighters’ spokesperson. “It was felt many miles away. A lot of reports we’ve received said miles—I definitely felt it, I was a couple miles away. No injuries were reported, which is amazing.”

That representative stated that one home was damaged to the point that it is now “uninhabitable”. The other homes affected by the blast primarily had damage to their shingling and had broken windows. Initial reports of the blast were made on WSOC9 television news by Dave Faherty.

Some relevant audio from the Hickory Airport tower and aircraft (under 0.5 miles from the explosion). pic.twitter.com/0bQ3i2nHlH

Firefighters were still on scene of the hydrogen fuel cell plant explosion late into the afternoon.

As a precaution, firefighters continued “keeping water on the tanks to keep them cool,” said the spokesperson.

An air traffic controller saw the blast. The control officer reported it on tower radio, saying “I didn’t just hear it, I felt it.” The blast was described as “About pulled the windows out of the tower. It’s over there near the city. There was some smoke came up, it was some clear smoke. I don’t know if it was a gas line explosion or what it was.”

That control officer also described the blast at the hydrogen fuel cell plant as a “fairly large explosion” in a tweet with a video on Twitter.