Intelligent Energy, a leading developer of hydrogen fuel cells, has announced that it has entered into an agreement with an as yet unnamed auto company in Japan. The “multi-million” dollar deal is set to last for the next two years. During this time, Intelligent Energy will be developing new fuel cell technology for vehicles, including motorbikes. Japan is currently only of the most attractive markets for the fuel cell industry.

Japan is becoming an attractive market for the fuel cell industry

Japan has been taking steps to promote the use of fuel cells in various sectors, paying special attention to the transportation field. Recently, the Japanese government has begun investing heavily in the development of a working hydrogen fuel infrastructure,. The government has also begun offering new subsidies that are meant to reduce the financial burden of purchasing a vehicle equipped with a hydrogen fuel cell. These initiatives have created a favorable environment for the fuel cell industry and companies like Intelligent Energy are ready to take advantage. 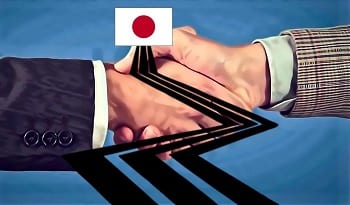 Many Japanese automakers are planning to release clean vehicles using fuel cells in 2015 or in the near future. The fuel cells consume hydrogen in order to generate electricity that powers the a vehicle’s various components. These vehicles are able to operate in the same way as their more conventional counterparts, but use hydrogen rather than gasoline. Fuel cells are not perfect, however, and still require some research and development focused on making these energy systems less expensive and somewhat more efficient.

Intelligent Energy is just one of several companies that have become quite interested in the Japanese market. These companies are looking to establish a strong place in this market and take advantage of the growing demand for fuel cells and hydrogen fuel. In Japan, fuel cells are becoming much more than transportation energy systems; they are also being used to power many homes throughout the country.