Hydrogen fuel cell vehicles have an unofficial curfew in Japan

Toyota has released its new fuel cell vehicle, the Mirai, in Japan, but the automaker may find it difficult to promote the vehicle among consumers. While Toyota has already reported that demand for the Mirai exceeded its expectations, leading to an increase in production, many consumers have yet to show interest in fuel cell vehicles, largely due to the lack of a hydrogen fuel infrastructure in the country. Without numerous hydrogen stations available, consumers are forced to limit their use of fuel cell vehicles, which has established a kind of unofficial “curfew.”

Construction of new hydrogen fuel stations in Japan is behind schedule, as is the case in most parts of the world. This has significantly delayed the government’s plans to establish a “hydrogen society,” wherein hydrogen fuel cells are used as a primary form of power. For some fuel cell vehicle owners, the lack of a fueling stations means that they have to plan their trips on a 9 to 5 schedule in order to be able to access these stations during their hours of operation. 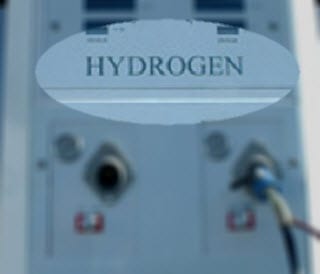 The lack of fueling stations is one of the major challenges facing the adoption of fuel cell vehicles. The cost of these vehicles has been effectively mitigated, with help from the Japanese government, which offers consumers subsidies that have significantly decreased the cost of these vehicles. The government has also introduced de-regulation, allowing some automakers to inspect their own fuel storage tanks in order to accelerate the release of fuel cell vehicles.

Building hydrogen fuel stations is an expensive endeavor. Each station costs more than $3.3 million, with the government covering half the cost of the development of these stations. Several of the country’s biggest automakers have also agreed to cover the cost of building new hydrogen stations, but actual construction of these fueling stations has been slow.