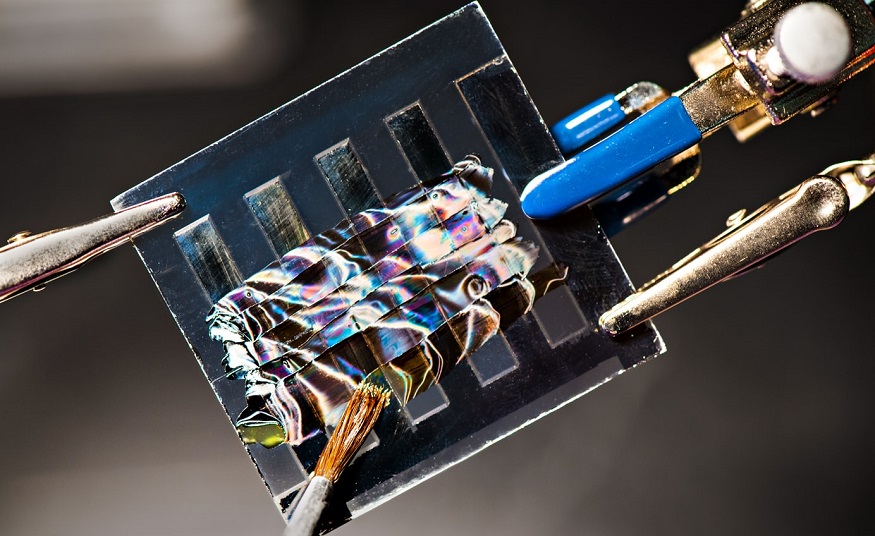 A primary green hydrogen fuel challenge in affordable production has to do with the corrosion-prone semiconductors required to collect solar energy to power the H2 electrolysis.

A paper about the newly developed coating was published in the Proceedings of the National Academy of Sciences.

The hydrogen fuel challenge overcome by the coating has to do with the semiconductors in the photocatalysis process. Photocatalysis uses sunlight to generate clean H2 out of water particles. While this process is highly promising, it faces a substantial obstacle in the way of being cheaply abundant. This issue has to do with the fact that while highly efficient, its required semiconductors are very prone to corrosion.

Researchers led by Yale School of Engineering and Applied Science assistant professor of Chemical and Environmental Engineering, Shu Hu discovered the breakthrough coating that would allow for the collection of solar energy while protecting against the problematic corrosion.

This green hydrogen production method uses a water splitting system powered by sunlight. This type of system, which splits water into its hydrogen and oxygen molecules, requires semiconductor materials with narrow bandgaps. This refers to the nature of the semiconductor to allow for greater sunlight absorption. With this property, the semiconductors can efficiently convert solar energy into a usable chemical energy.

As efficient as they are at sunlight collection, all known semiconductors with narrow bandgaps corrode under illumination as a result of self-oxidation or self-reduction. Researchers have spent more than fifty years trying to discover a way to overcome this problem. Efforts have primarily revolved around adding layers to protect against corrosion. Unfortunately, until now, these layers have been able to protect only one of the two electrodes in the systems, but not both. Therefore, either the cathode or the anode, is protected. This was deliberately restricted to allow the transport of the electron or hole – but not both.

“But to make this new type of photocatalysts for the coevolution of two reactions, we knew that we needed to make the two charges generated within the light-absorbing material (known as the photoabsorber) transport through the coating to reach the reductive and oxidative reaction sites – in which electrons are either added or removed – both located on the surface,” described Hu, discussing the new coating to overcome this leading green hydrogen fuel challenge. “The combination of coatings and cocatalysts makes it possible for electrons and holes to separately transport through the

coating by design with minimum recombination,” he added, pointing out: “That makes this kind of particle-based solar fuel generators work.”