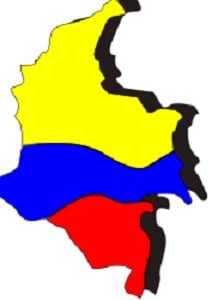 McPhy, a French renewable energy and energy storage company, has entered into a strategic partnership with Spain’s Ecowill Engineering Group. Together, the two parties will work to develop a new hydrogen fuel solution for the Colombian market, with plans to develop a new, renewable hydrogen fuel production facility in Bogota, the Capital District of Columbia. This facility will focus on producing hydrogen fuel without the use of fossil-fuels, relying instead on other forms of renewable energy to accomplish the task.

The new facility will make use of solar and wind energy in order to power hydrogen fuel production. The hydrogen produced by the facility will be stored in a solid state in six containers developed using technology from McPhy. These containers will be able to store 2 megawatts worth of hydrogen fuel each, but their capacity can be increased through the installation of external heat exchangers. The containers allow hydrogen fuel to be stored at low pressures, allowing it to be easily transported throughout Columbia.

Access to hydrogen will be a major focus of the partnership

The goal of the new partnership is to provide quick and efficient access to hydrogen fuel. The containers developed by McPhy are easy to fill and empty, making them viable distribution methods for hydrogen fuel. Much of the hydrogen that will be produced by the facility will be used to power industry throughout Columbia, but some will be used to bolster the emerging clean transportation infrastructure. The partnership also aims to deploy hydrogen fuel in regions that do not have connection to Columbia’s energy grid, allowing small communities to make use of renewable energy.

Renewable hydrogen fuel production is nothing new. Such production systems have been active in France, Italy, Germany, and the United Kingdom for some time. Hydrogen production using renewable energy is considered the most economically viable way to generate the gas, and does not produce any of the harmful emissions that are associated with conventional production methods.