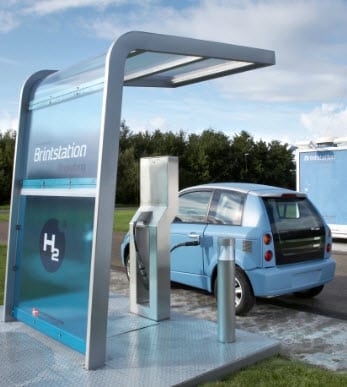 Infrastructure has emerged as one of the most important challenges facing the progress of hydrogen-powered vehicles today. The auto industry has been relentless in its push to make hydrogen transportation a common concept in the minds of consumers throughout the world. The industry, as a whole, has been somewhat successful in this endeavor. Though battery-powered vehicles continue to steal the limelight, hydrogen-powered vehicles have managed to generate a great deal of hype over the years, which could translate into success for automakers. Without a hydrogen fuel infrastructure, however, the success of hydrogen transportation will be severely limited.

Company unveils fourth fuel station in the past year

H2 Logic, a leading developer of hydrogen fuel cells for vehicles, has been a major force in the establishment of a hydrogen fuel infrastructure throughout the world. The company has, thus far, built a total of four hydrogen fueling stations in the past year. The latest of these stations is located in Lillestrom, Norway, where it will be used to provide fuel to both commercial and public transportation vehicles alike. The company is claiming that its hydrogen fuel stations are the first to generate hydrogen gas through the conversion of domestic waste.

Last year, FuelCell Energy, a company specializing in the development of fuel cells and hydrogen energy solutions, created a hydrogen production plant that makes use of wastewater in Fountain Valley, California. The effectiveness of this process has made it quite popular in terms of hydrogen production and could make the establishment of a hydrogen fuel infrastructure more realistic than it had been in previous years.

H2 Logic has played a vital role in the development of the Scandinavian Hydrogen Highway, a network of interconnected hydrogen fuel stations built throughout the region. If the hydrogen fuel infrastructure continues to develop at this pace, hydrogen transportation may have a chance to become popular with consumers.