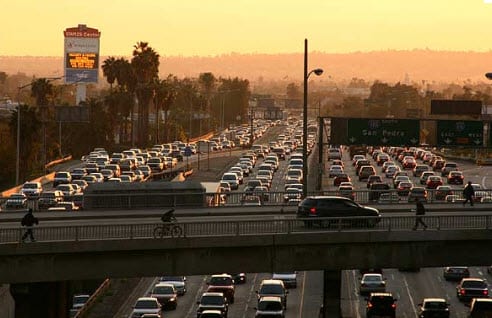 The California Fuel Cell Partnership, a public-private partnership meant to promote hydrogen transportation, has been working to bolster the state’s hydrogen fuel infrastructure for some time and has been making modest progress. The organization recently released an updated version of the California Road Map, a framework for the organization’s efforts and its support of hydrogen-powered vehicles. The roadmap highlights infrastructure as one of the major issues facing a new generation of transportation and details ways that this issue can be laid to rest.

According to the California Fuel Cell Partnership, the state must install at least 68 new hydrogen fuel stations by 2016 in order to successfully support the commercialization of hydrogen-powered vehicles. This initiative would cost an estimated $1 million per station, making it a costly venture for the state. Most of these new stations would be clustered in high-population areas, such as Los Angeles, Orange County, and the San Francisco Bay Area. Currently, the organization, backed by its vast network of supporters, has plans to help install at least 70 new hydrogen fuel stations throughout the state.

Organization anticipates that state will be able to support some 50,000 hydrogen-powered vehicles

The California Fuel Cell Partnership suggests that by 2017, the state will be able to support 50,000 hydrogen-powered vehicles with its infrastructure. This number will increase over time as the state continues to build infrastructure, but at a slower pace. The auto industry, much of which has become enthralled with hydrogen fuel, considers California to be an important market and has been pushing for a more comprehensive hydrogen infrastructure for some time.