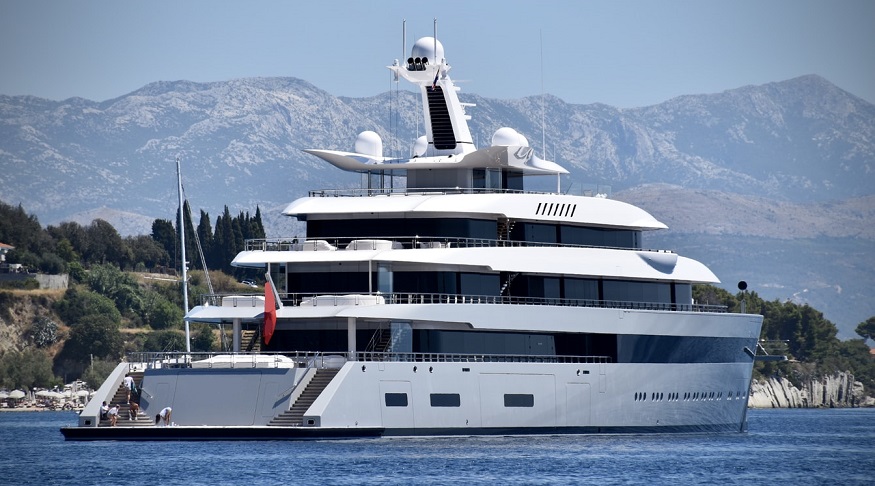 Hydrogen powered superyacht from Lürssen to launch in 2025

This will be the German company’s first zero-emission watercraft of its kind.

Though Lürssen doesn’t typically announce its future plans in advance, it recently unveiled its intentions to launch a new hydrogen powered superyacht.

The unique new vessel will be the first of its class to be powered by H2 fuel cell technology.

“Contrary to our normal behavior we can tell you today that we are actually building a superyacht with a fuel cell installed on the yacht,” said Peter Lürssen, the yard’s managing partner. “It is very exciting and he [the owner] gave us permission a week ago to talk about it. This, I think, will push the eco-friendliness of yachts to a new dimension in the new future.”

The company has been working on developing its methanol-hydrogen fuel cell power plant for nearly a decade. This has been an ongoing project since 2012, in partnership with Freudenberg Group experts. The plant uses technology to produce hydrogen fuel from methanol. The H2 would then be used in fuel cells to generate the electricity that would be used by the hydrogen powered superyacht.

The company praised the hydrogen powered superyacht technology for its low maintenance and zero-emissions.

Though the plant doesn’t produce green H2, it remains cleaner to produce than fossil fuels traditionally used by these vessels. According to the company, the fuel cells the craft will be using also require minimal maintenance and are notably more efficient than diesel engines. The only emissions released by the use of this renewable energy is water vapor.

While Lürssen’s design will be the first to be produced, assuming that it meets its target, it is not the first time that this renewable energy technology has been considered for a superyacht. In September 2019, Sinot unveiled its own design for its Aqua 360-foot model that contains an H2 propulsion system. That said, the Aqua design involved the use of liquid hydrogen.

The Lürssen design converts methanol into hydrogen. Methanol is an easier substance for handling and storage than liquid hydrogen. Equally, its chemical composition still contains a substantial amount of hydrogen.

According to Lürssen, the client for whom they are developing the hydrogen powered superyacht

“loves technology and new developments,” and asked that the company prove the “practical value” of the H2 propulsion before the go-ahead was granted.