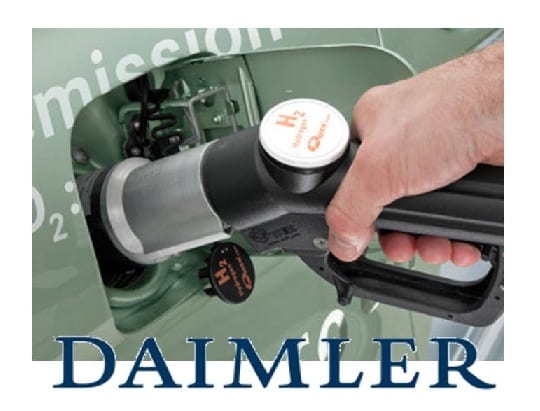 A new alliance has formed within the auto industry that could herald a bright new future for hydrogen transportation. Last week, Daimler, one of the world’s largest automakers and owner of Mercedes-Benz, reached out to Ford and the Renault-Nissan Alliance. The automaker had hoped to team with these companies in order to make significant advances in fuel cell technology, thus making hydrogen-powered vehicles more viable for the commercial market. In such a short amount of time, Daimler, Ford, and Nissan have come together to begin their work on improving fuel cell technologies.

The new Daimler, Ford, and Nissan alliance will focus on ways to improve hydrogen fuel cell technology. Together, the three companies will work to develop a fuel cell system that will be used in the hydrogen-powered vehicles that each company produces in the future. In the near future, this fuel cell system will be made widely available to the auto industry as a way to drive down the cost of hydrogen-powered vehicles. The sheer size and influence of the alliance may be able to spark innovation within the next year, quickly revolutionizing hydrogen transportation.

The alliance believes that its work on hydrogen fuel cells will be an extreme benefit to the auto industry as a whole. Most of the world’s automakers are currently developing hydrogen-powered vehicles, with plans to release these vehicles to the commercial market over the next two years. While the alliance is not likely to develop a fuel cell system that will replace the ones that automakers are already committed to using, the next generation of fuel cell vehicles may be equipped with the technology born from the newly formed coalition.