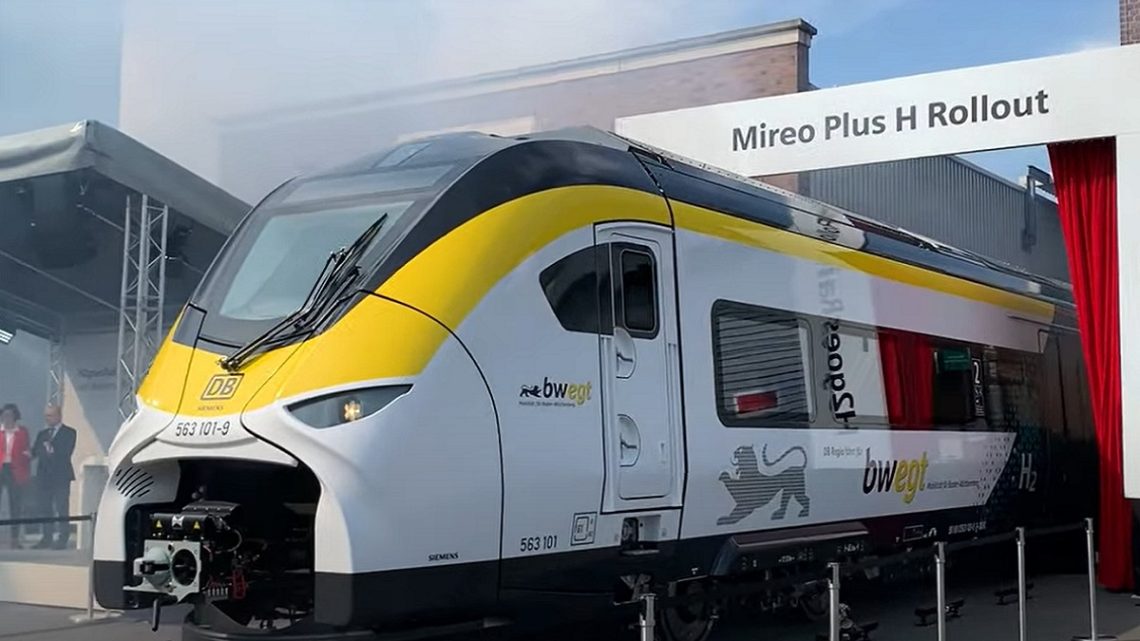 The new locomotive and its associated infrastructure will replace greenhouse gas emitting diesels.

The locomotive was developed and created for the H2goesRail project taking place in Germany.

This Siemens news also included the unveiling of a new H2 storage tank trailer by DB to accommodate mobile refueling. The components the companies have unveiled are designed for the H2goesRail hydrogen train project. The spotlight was aimed at them at the Krefeld, German facility owned by Siemens.

Both the Mireo Plus H locomotive and the infrastructure associated with it were created to replace multiple-unit diesel locomotives in both commuter and regional transport. The goal is greatly to reducing CO2 emissions relating to rail to the point that they will be brought down to zero.

The Federal Ministry for Digital and Transport (BMDV) in Germany supported the H2goesRail project with €13.74 million in funding under the National Innovation Programme for Hydrogen and Fuel Cell Technology (NOW GmbH). That program is coordinating the funding guideline while Jülich monitors the implementation.

The Mireo Plus H hydrogen train was developed to provide a next generation in zero emission rail.

“With the Mireo Plus H, we’ve developed the next generation of hydrogen-powered trains that offers a particularly long operating range and faster acceleration,” said Siemens Mobility CEO Michael Peter. “Each delivered train can save up to 45,000 tons of CO2 over its service life of 30 years compared to corresponding travel with cars.”

The Mireo Plus H is two cars long. It boasts an operating range as high as 800 kilometers (nearly 500 miles), with a speed that tops out at 160 kilometers per hour (about 100 miles per hour). It is equipped with a modern H2 drive system and a fuel cell and lithium-ion battery.

The hydrogen train has 1.7MW of traction power which makes it capable of as much as 1.1 m/s2 acceleration. The three-car version of this rail vehicle is expected to have a 1,000-kilometer (621-mile) range. It will be entering passenger service in 2024, between Tübingen, Horb, and Pforzheim once the testing phase is complete. Its service is expected to cover about 120,000 kilometers (about 75,000 miles).