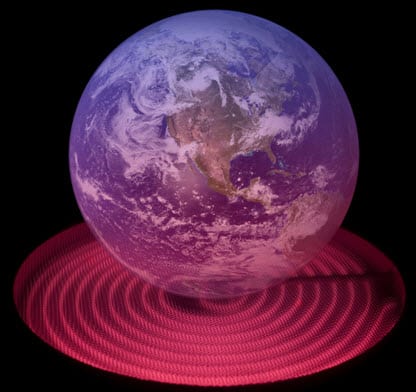 California’s hydropower network may be susceptible to the effects of climate change, according to a report from the University of California, Riverside. Climate change is suspected to be behind the emergence of the weather conditions that are responsible for the severe drought that is taking place in some parts of the U.S. The drought has put restraints on how water can be used in the affected states. If such conditions were to come to California, the state’s ability to use water for energy production may suffer a serious blow.

According to the report, titled “Our Changing Climate,” a warming climate would cut down on the rainfall California experiences each year. Much of the precipitation that the state experiences currently comes in the form of snowfall far to the north. The report suggests that a warming climate would cause this snow to come in the form of water, which would limit the availability the precious liquid for use in energy production. Scarcity of water would have serious implications of the state’s hydropower projects.

Currently, California received approximately 15% of its overall energy from hydropower. The majority of the state’s hydropower systems are found in high elevation territories, where snowfall is relatively common. The facilities are constructed for the purpose of energy production and nothing else, thus are equipped with small reservoirs that are unable to store large amounts of liquid for prolonged periods of time. Because of the design of these facilities, the report suggests that they may not be able to adapt to the possible effects of climate change and may be almost entirely unable to produce a viable amount of energy for the state.

The report notes that hydropower systems would experience a great deal of pressure during the summer season, when precipitation of all kinds is at its lowest. In the climate change scenario provided by the report, summer would be the time in which hydropower systems may not be able to produce electricity in an efficient and affordable manner. In such cases, the economic strain of these hydropower systems may be too large for the state’s government to continue supporting.