HyperSolar, a leading developer of renewable hydrogen fuel production technology, has launched a new video to demonstrate its prototype production solution. The company has a long history of developing innovative technology and has produced many promising prototypes that could, one day, make hydrogen fuel production much more environmentally friendly. The new video showcases how the company’s new prototype system can be used nearly anywhere, as long as there is access to water.

In the video, HyperSolar shows that water collected from the Iowa River, which is located outside of the University of Iowa, where the company conducts much of its research and development, can be used to efficiently generate hydrogen. The water is injected into a device that contains HyperSolar’s production technology. The system is equipped with high-voltage photovoltaic cells, which are coated in a proprietary catalytic material. The device is exposed to natural sunlight, triggering a chemical reaction that powers the hydrogen fuel production process. 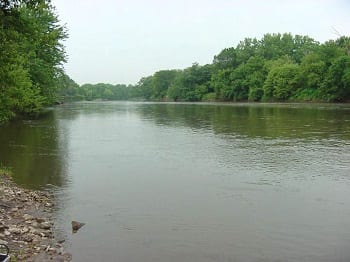 According to HyperSolar, the new prototype represents the simplicity of its hydrogen fuel production technology. Using this technology, hydrogen can be generated at or near the point of distribution for fueling stations. HyperSolar believes that the technology can be scaled up for commercial use, which may be a major boon for the clean transportation sector.

The auto industry has been growing more interested in clean transportation in recent years and some companies have begun developing and launching vehicles equipped with fuel cells. Automakers have been slow to produce such vehicles, however, due to the lack of a comprehensive hydrogen infrastructure. HyperSolar is one company that could help solve this problem with its innovative hydrogen fuel production technology. Since conventional hydrogen production is heavily reliant on fossil-fuels, hydrogen is often considered less viable than batteries for clean transportation. HyperSolar has shown, however, that renewable power, particularly solar energy, can be used to efficiently power the hydrogen fuel production process.