South Korean automaker Hyundai is beginning to feel pressure to compete with other companies that are planning to release fuel cell vehicles in the coming year. Numerous companies in the auto industry have announced plans to commercialize a new generation of clean vehicles beginning in 2015, with several releasing hydrogen-powered vehicles that year. Hyundai will be among the first to release such a vehicle to the commercial market, but the company will have to find a way to make these vehicles attractive to consumers if it wishes to find the success it wants to see.

Hyundai has already established a significant lead with its fuel cell vehicle. The company has been tapped by the European Commission to provide clean vehicles to several government agencies in Europe, putting Hyundai’s hydrogen-powered car in the international limelight. Hyundai has also been aggressively promoting its new vehicle in other parts of the world, planning to make it available for lease next year. Environmentally conscious drivers will be able to acquire the new fuel cell vehicle on a three-year, $499 per month lease. 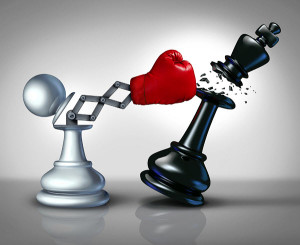 Despite Hyundai’s marketing efforts, the automaker has failed to generate significant hype behind its new vehicle. Consumers are not yet convinced that fuel cells are viable for their transportation interests and many question the whether the high cost of vehicles using these energy systems is worth it. Fuel cells are notoriously expensive, and the vehicles that use them must also be expensive in order for automakers to generate some amount of profit. Moreover, there is a lack of a working hydrogen infrastructure, which will make it difficult for consumers to fuel their new vehicles.

Hyundai, as well as other automakers, will also have to pay special attention to government incentives that are promoting clean transportation. Many of these incentives are designed to support the adoption of electric vehicles. While fuel cell vehicles fall within this category, automakers investing in hydrogen will have to find a way to make their new vehicles competitive with traditional, and less expensive, battery powered solutions.