Hydrogen-powered vehicles are on their way, but the infrastructure needed to support their success is currently lacking. Several automakers have been investing in the establishment of a working hydrogen fuel infrastructure ahead of the launch of fuel cell vehicles, but building new fuel stations has proven to be a time consuming process. Honda is among these automakers and the company has announced plans to begin building new hydrogen stations in California, where it plans to launch its next generation fuel cell vehicles within the near future.

Honda has partnered with FirstElement Fuel to build new fuel stations at strategic locations in California. The automaker will be investing $13.8 million in the endeavor and grants provided by the state government will provide some additional financial aid. In all, the funding will help build 12 new hydrogen fuel stations in the state, bolstering California’s infrastructure and providing a suitable foundation upon which fuel cell vehicles can be launched. 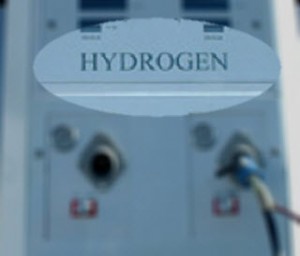 Earlier in the year, FirstElement Fuel received some $27 million in grants from the California Energy Commission. The company was tasked to build 19 fuel stations in the state, augmenting California’s plans to have 100 operational hydrogen stations in place by 2024. California is considered one of the most attractive transportation markets in the world and the state government has been working to make California more attractive to automakers building fuel cell vehicles.

According to state law, 33% of the hydrogen used in California must be produced through the use of renewable resources. Conventional hydrogen production relies heavily on fossil-fuels, including natural gas, and this makes hydrogen somewhat less environmentally friendly than it could be. California wants to see hydrogen production be as efficient and environmentally friendly as possible, focusing on the use of renewable energy to produce the fuel needed to power a new generation of clean vehicles.