Hyundai’s fuel cell vehicles are proving to be somewhat popular

Currently, five ix35 vehicles are in operation in France. Hyundai intends to bring another 60 of these vehicles to the country in the coming months. The fuel cell vehicles will provide clean transportation through the streets of Paris. The vehicles have won praise for being reliable and very efficient. Hyundai has been working to promote the ix35 for some time and believes that the vehicle will find more success and exposure as part of a taxi service. 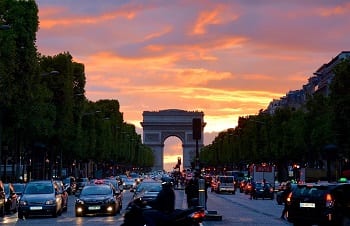 Currently, the vast majority of taxis operating in Paris are powered by diesel engines. The city is looking to replace these taxis in an effort to become more environmentally friendly. Doing so has been somewhat difficult, however, due to the high cost of fuel cell vehicles and the relatively inefficient nature of battery electrics. Nonetheless, Paris is making an effort to embrace clean vehicles, hoping to replace traditional cars in the near future.