Researchers from Northwestern University, along with those from other organizations, have found that imperfect graphene could be used to improve hydrogen fuel cells. Graphene is often used in a honeycomb structure, which allows for a great deal of durability and conductivity. This material naturally has tiny holes in it, which may be of benefit to fuel cells as these holes would allow for the development of a proton-selective membrane. The imperfections of graphene may open up new opportunities for the fuel cell space.

Fuel cell technology could benefit from graphene that has natural imperfections

One of the challenges of fuel cell technology is efficiently deriving protons from hydrogen. Researchers found that graphene that is imperfect has the ability to shuttle protons in an efficient manner. According to researchers, the speed at which the material transfers protons is much faster than conventional fuel cell membranes. As such, imperfect graphene could provide engineers with a simple mechanism for fuel cell design, making these energy systems more efficient and less expensive. 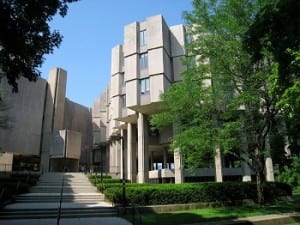 Graphene could be a boon for the fuel cell industry

The researchers from Northwestern University will continue to experiment with imperfect graphene to determine its capabilities. If graphene continues to gain support from the science community, fuel cell developers may soon adopt the material. Doing so could unlock a new future for the industry, where fuel cells are inexpensive, efficient, and in high demand. Time will tell whether or not graphene gains any traction with the fuel cell industry, however, as the material is still in a relative state of youth.