Apple may be developing fuel cells

Apple has been awarded a patent concerning portable fuel cells

Apple has been granted its first fuel cell patent from the U.S. Patent and Trademark Office. The patent, titled “Fuel Cell System to Power a Portable Computing Device,” outlines the company’s plans to use a small fuel cell to power iOS devices and laptops. The fuel cell is likely to use hydrogen fuel to generate power, but could also use methanol or other types of chemical gases. Such a fuel cell could be ideal for those with iOS devices that travel frequently.

Fuel cells could be used to power mobile devices, like smartphones

Portable fuel cells are becoming more popular, but they have yet to become common. These small fuel cell systems are being developed to charge mobile devices, such as smartphones and tablets, and can serve as a reliable source of electrical power. Apple believes that its new fuel cell technology could be used to power mobile devices for days or even weeks. Apple notes, however, that developing such as system would be expensive and making the system efficient would be somewhat difficult.

Patent outlines how Apple’s fuel cells would be used 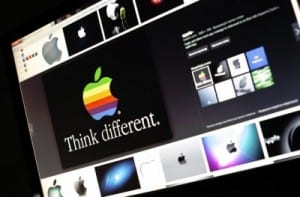 Developing a portable fuel cell will be an expensive undertaking

Though Apple has been awarded the patent, there is no way of telling whether or not the company will be incorporating fuel cell technology into its product line. Fuel cells are expensive to develop and finding ways to make them efficient has proven complicated in the past. It may be years before Apple produces fuel cells for its mobile devices, but the patent does show the company’s interest in these energy systems.