India is quickly working to embrace renewable energy as a way to become more environmentally friendly, independent, and mitigate the impact of climate change. As a result, the Indian government has begun to focus more heavily on clean transportation. Many Indian states have been working to promote the adoption of electric vehicles, particularly those powered by battery systems. As these vehicles become more common, hydrogen fuel cells may soon act as a replacement for batteries in India’s growing clean transportation market.

The Indian government is reportedly drafting a policy to support fuel cell vehicles. The policy would provide support for research and development initiatives, as well as demonstration projects designed to highlight the capabilities of fuel cell technology. These energy systems have already become quite popular in the overarching auto industry, but have yet to break into the Indian market in any significant way. Tata Motors, one of India’s automakers, is among the first companies in India to develop and showcase a new fuel cell vehicle. 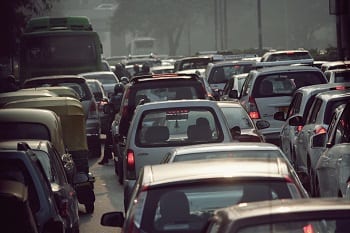 Earlier this year, Tata Motors showed off its new fuel cell car, which was developed with the help of India’s Department of Science and Industrial Research. The vehicle is designed to carry four passengers and one driver. The automaker is not the only company interested in bringing fuel cell vehicles into the Indian market, of course, especially as the market continues to show signs of strong growth. Toyota, Honda, and other automakers have expressed interest in India’s clean transportation market, but they have not yet brought their own fuel cell vehicles to the commercial market.