India’s first hydrogen-powered bus is getting ready to hit the streets thanks to Tata Motors Limited and the Indian Space Research Organization. Both parties have been working to develop the bus over the past several years. The bus is equipped with a hydrogen fuel cell that will generate the electrical power it needs to operate. Clean transportation is becoming a serious issue in India, especially when it comes to the matter of public transit. Public transportation accounts for a significant portion of the emissions that India is responsible for and the country has a strong interest in reducing these emissions significantly over time.

Innovative storage technologies lead to efficient use of hydrogen

The hydrogen fuel storage system that will be used by the bus is based off cryogenic technologies that had been developed by the Indian Space Research Organization some years ago. The technology allows the bus to handle liquid hydrogen and researchers suggest that their storage method is more efficient than conventional methods. Over the past few years, Indian Space Research Organization researchers have been developing systems that can produce, store, and dispense hydrogen fuel and have taken steps to ensure that these technologies are safe to use in a transportation setting. 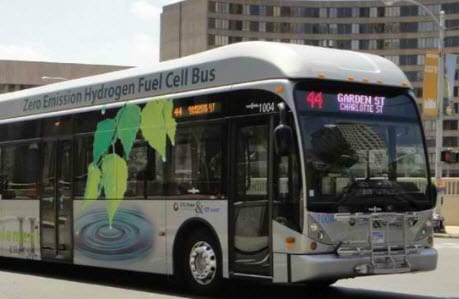 Both Tata Motors and the Indian Space Research Organization believe that the new hydrogen-powered bus represents a major step forward for the country. India has been growing more interested in renewable energy in recent years due to various economic and environmental reasons. Part of the country’s plans concerning renewable energy involves emissions reduction. Curbing the emissions associated with public transportation could lead to a major reduction in carbon emissions throughout the country over time.

The global auto industry is currently heavily invested in the success of hydrogen fuel. Most of the world’s leading automakers are developing vehicles that run solely on hydrogen and have plans to release these vehicles over the next few years. Many of these automakers are developing these vehicles in order to comply with strict emissions regulations coming from the world’s various governments.