India’s solar energy industry is emerging as a world leader

With 2016 coming to a close, India has emerged as a prominent player in the solar energy industry. The country has shown strong support for solar power over the past year, with government incentives encouraging developers to bring their projects to India. Currently, India currently has 10 gigawatts of installed solar capacity, which is a thousand-fold increase over the capacity that was available in the country in 2010, when India launched the National Solar Mission.

Installed solar capacity will continue to grow in the coming years

India has some of the most ambitious renewable energy goals in the world. The country intends to reduce its consumption of fossil-fuels in the coming years. By 2017, coal exports from India are expected to be 20% lower than what they currently are. The country’s total installed renewable energy capacity is expected to double over the next two years and quadruple within the next five years. Much of India’s focus will be on the solar energy industry, but the country is also showing strong support for wind and other forms of clean power.

Economic prospects support the growth of the solar energy industry 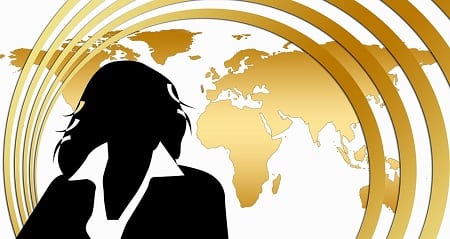 The economic benefits of clean energy have proven to be very attractive to India. In the past six years, the cost of solar power has fallen by more than half. Now, it is less expensive to generate electricity through solar panels than it is to export coal from the country. If India can achieve its goal of reaching 100 gigawatts of installed solar capacity by 2022, as many as 1 million full-time jobs are expected to be created throughout India. Many organizations in the country are focusing on how the solar energy industry can be used to create even more jobs and secure economic growth.

India is home to one of the largest solar farms in the world, generating approximately 648 megawatts of electrical energy, enough to power 150,000 average homes. The solar energy industry has shown that it is capable of resolving the energy deficits in many rural areas. Rural communities often struggle to find reliable access to electricity, a problem that can be efficiently solved with the use of solar power systems.