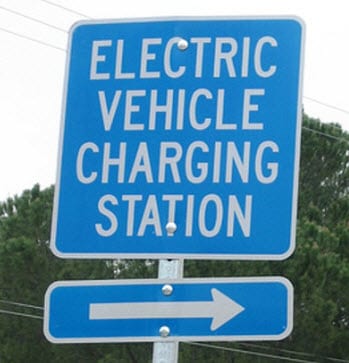 As the US government looks at ways in which to reduce the federal budget a number of experts have stepped forward to suggest that the electric vehicle tax credit, which could cost taxpayers around $7.5 billion over the next few years, should be reviewed. We’ve also seen the UK government refusing to give medium-term confirmation of its plans for the current financial incentives to acquire electric vehicles and some other governments around the world seem keen to reduce their spending in this area.

When economies were flying high, tax income streams were bulging and there was a general consensus that gasoline powered vehicles were harming the environment it seemed that every government was willing to do its share. However, now that the worldwide economic downturn is hitting home, tax income streams are under pressure, unemployment is growing and economies in Europe and North America are unlikely to show significant growth in the short term, has this situation change?

It seems something of a no-brainer to suggest that the electric vehicle market will at some stage breakthrough into the mass market and finally start to challenge gasoline powered vehicles. It seems something of a no-brainer that governments around the world will need to play their part and many uncertain consumers will need to be incentivised to make the switch. However, these two elements have not exactly come together over the last four or five years and sales of electric vehicles have been nowhere near forecasts.

Indeed just a few days ago we saw the chief operating officer of Nissan assigned to take over the electric car subsidiary as sales of the Nissan Leaf failed to reach even half of their 20,000 unit target in the US during 2012. On the upside, it is still interesting to see that companies such as Nissan, Tesla, GM and an array of other well-known names from the industry still seem to be very keen on electric vehicles as a means of reducing harmful emissions, improving efficiency and reducing the overall cost of motoring across the globe.

Many experts believe that we are still at the crossover point between gasoline powered vehicles, hybrid vehicles and pure electric vehicles although perhaps the technology is not yet in place to give motorists confidence going forward. A recent poll in the US suggested that the majority of US motorists would not even consider electric vehicles until they were able to guarantee a journey capacity of 300 miles on a full charge.

Have we passed the point of no return?

ears gone by, as novelty vehicles, still hovers over the industry like a bad smell. However, it is also worth noting that governments, companies and consumers to a lesser extent have invested significant time, effort and money into the industry.

In many ways we are past the point of no return, we are approaching the tipping point although if you take a step back and look at the overall situation, perhaps the worldwide economic downturn is not assisting the situation? Who knows where we would have been if the 2008 US mortgage crisis had not reverberated across the globe and led to the mass economic downturn before us today. Would electric vehicles be making more of an impact on the industry as a whole? Would electric vehicle technology and in particular battery technology have advanced more than they have to date?

Time and time again we have seen a number of situations come together to try and sideline the electric vehicle market. There have been allegations of meddling by the oil companies, rumours of new technology which could overtake electric technology before it has even hit the mass market and the EV1 debacle has been a stigma and a cloud over the industry for many years.

The reality is that too much money has been spent on the industry over the last few years, technology is improving at a faster pace than widely acknowledged, battery technology seems to be next on the agenda and electric car charging points are growing in number. It is likely that we will need further government financial incentives in the short to medium term to give the industry a fair chance of succeeding, we may need something of a public relations campaign to allay any fears and damaging rumours which continue to follow the industry but ultimately once the worldwide economy picks up there is every chance that the electric car industry will get back on track.

Author Information: For more information on electric vehicles please visit the electricforum.com where you can discuss your questions and queries with the 5,400 strong community.

Please Note: Articles posted by guest writers are monitored but in no way do they reflect the opinion nor is this publication affiliated in any way with the subject or promotion of a subject.