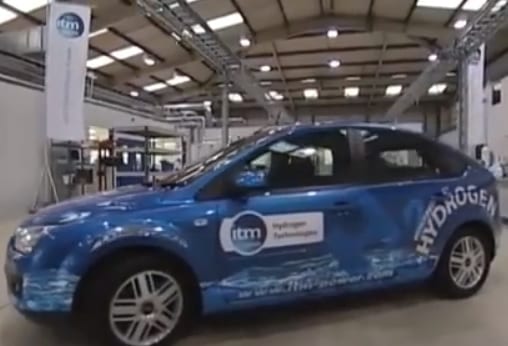 Hydrogen fuel production facility to be managed by ITM Power

ITM Power, a leading developer of hydrogen fuel cells, has been chosen by United Kingdom’s Homes and Communities Agency as the preferred bidder for the position as operator of the Hydrogen Mini Grid System in Rotherham. The system is unique to the United Kingdom and is a hybrid energy system designed to leverage wind power to generate hydrogen fuel. Wind turbines are connected to an electrolyser that is able to produce hydrogen, which is either stored for later use or used to power nearby buildings. Much of the hydrogen produced by the system is meant to provide backup energy for the local area.

Facility generates hydrogen through the use of wind energy

Hydrogen fuel continues to gain support for its use in transportation

The Hydrogen Mini Grid System may have a major role to play in the country’s efforts concerning clean transportation. The facility is located only two miles from the M1 highway, which has received strong focus from the UK H2Mobility project. This project is meant to develop a working hydrogen fuel infrastructure within the country and the M1 is the project’s current focus in this endeavor. Hydrogen fuel stations are expected to take root around the M1 in the coming years and the Hydrogen Mini Grid System may be providing these stations with the fuel they need.

ITM Power will sign a five-year lease on the Hydrogen Mini grid System facility and will be working with local businesses and organizations in order to provide comprehensive hydrogen fuel services. These services are expected to help hydrogen-powered vehicles establish a stronger foothold in the region by supporting their adoption with a strong infrastructure. The United Kingdom has hopes of becoming the leader in clean transportation in the near future, hence the country’s strong support for hydrogen fuel.