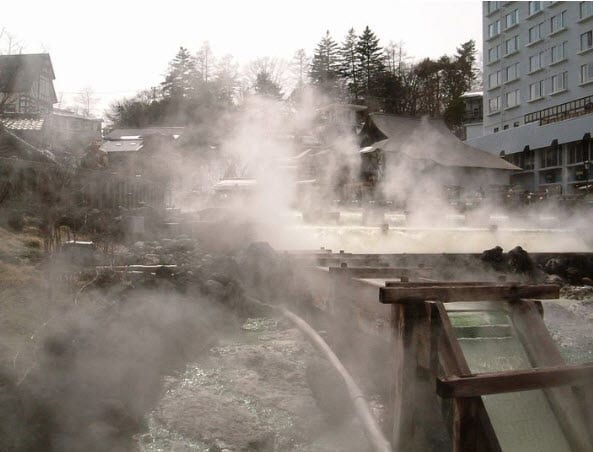 Geothermal energy could solve some of the country’s energy problems

Geothermal energy has long been a promising prospect in Japan. The country’s proximity to the geological region known as the Ring of Fire makes it home to vast potential in regards to geothermal energy systems. In the wake of the Fukushima disaster of 2011, the country has been working to phase out its use of nuclear energy. Nuclear power once accounted for the majority of the country’s energy, which the Japanese government is now keen to replace with other forms of clean energy.

The Japanese government believes that the country has more than 20 gigawatts of energy potential in terms of geothermal energy. The country already boasts of 17 geothermal power plants, which collectively produce some 535 megawatts of electricity. A massive geothermal project is currently underway in the Fukushima Prefecture to prepare for the ultimate closure of nuclear power facilities in the region. Nine other projects are currently in development, but have run into a significant problem that could put a stop to Japan’s geothermal energy plans.

Majority of geothermal sites are part of national heritage

Much of the geothermal potential that the country boasts of is located in national parks and monument areas. These swaths of land hold a great deal of importance to the Japanese people as they symbolize the country’s long history. Some of the land is also home to small businesses that have been operating for several generations. These businesses are the fabled hot spring inns that Japan had become famous for several years ago. The government is cautious about condoning any projects that could have a negative impact on such land.

Geothermal energy holds a great deal of promise for Japan, but the country is also interested in other forms of alternative energy. Recently, the government launch the world’s largest and most ambitious solar energy feed-in tariff initiative as well as a similar program concerning wind energy. Through these initiatives, Japan aims to develop more than 24.9 gigawatts of solar and wind energy systems throughout the country by the end of 2016.