Landfill gas is being converted into energy in Saskatoon 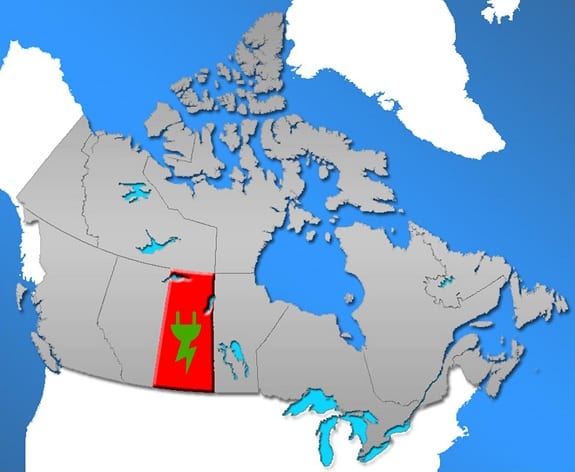 The largest city in Saskatchewan, Canada has built its first power plant in over 100 years.

Saskatoon is now home to a $1.5 million Landfill gas to energy facility that will not only be profitable for the city, but has been designed to lower greenhouse gas emissions by 45,000 tons and generate enough electricity to power 1,300 homes.

During the next 20 years, the city anticipates it will earn over a million dollars every year in revenue from the plant.

Saskatoon expects that from selling power produced by the waste to energy facility to SaskPower, it will make $1.3 million in profits annually. The city’s mayor, Don Atchison said “We are really looking at cost-saving measures that will have a benefit to the city in a financial sense as opposed to just doing things for the sake of being green.”

Mayor Atchinson also commented that the amount of annual revenue that is expected is an estimated “three-quarters of a point off property taxes”, which makes it rather significant. He went on to say that the Saskatoon is managing to turn a profit back to city residents and saving C02 at the same time. In addition, the Landfill Gas Collection System is likely to lower odors at the landfill and assist in air quality improvement.

Jeff Jorgenson, Saskatoon transport and utilities manager explained that essentially how the clean energy project works is the facility takes methane gas from the landfill, cleans it, dewaters it and, once this process is complete, the gas is pumped over to the power production site where it fuels a motor that spins turbines and generates energy.

According to Jorgenson, this waste-to-energy project has been in development for more than six years and it was built over the course of the last two and half years. The facility cost around $15 million. Joint funding of the project was provided by the City of Saskatoon and the federal government.

The mayor stated that the landfill gas project is only one of many green projects that Saskatoon has in the works. The city is also intending to grow its recycling and compost programs and use LED lighting.