New incentives may emerge in Oregon and Washington that could promote the adoption of fuel cell vehicles and other clean cars. A coalition has formed in Oregon, which aims to introduce legislation that would provide those that purchase battery electric vehicles with a tax rebate. Washington’s Governor, Jay Inslee, recently proposed a bill that would provide those that own electric vehicles, including fuel cell vehicles, with credit for using the state’s ferry services. 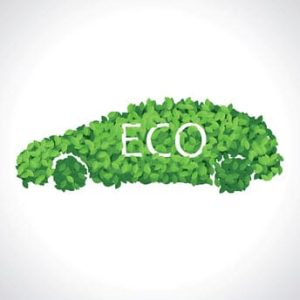 Clean vehicles have been growing in popularity, but many consumers have chosen not to purchase these vehicles because of the expenses they are associated with. In the case of fuel cell vehicles, the energy systems that these vehicles actually use are quite expensive, making them somewhat financially unattractive to some consumers. Some states have been working to incentivize the adoption of clean vehicles in order to create a more active market for the auto industry. The adoption of these vehicles is expected to help states reach their emissions reduction goals more easily.

Washington lawmakers are currently considering extending legislation that would waive the sales tax of vehicles that run on natural gas, propane, hydrogen fuel, and conventional batteries. The current sales tax waiver is set to expire in July 2015 and has already been extended once before. Oregon does not currently charge sales tax on electric vehicles, but the Energize Oregon Coalition is looking to further incentivize the purchase of these vehicles.

Tax incentives may not be necessary in the clean transportation space

Some suggest that new tax incentives would be an unnecessary give away. Consumers may be likely to purchase electric vehicles even without incentives designed to promote their adoption. These vehicles can be expensive to acquire, but not as costly to own as traditional vehicles. As these vehicles become less expensive, they will likely sell more frequently, removing the need for tax incentives and other such initiatives.