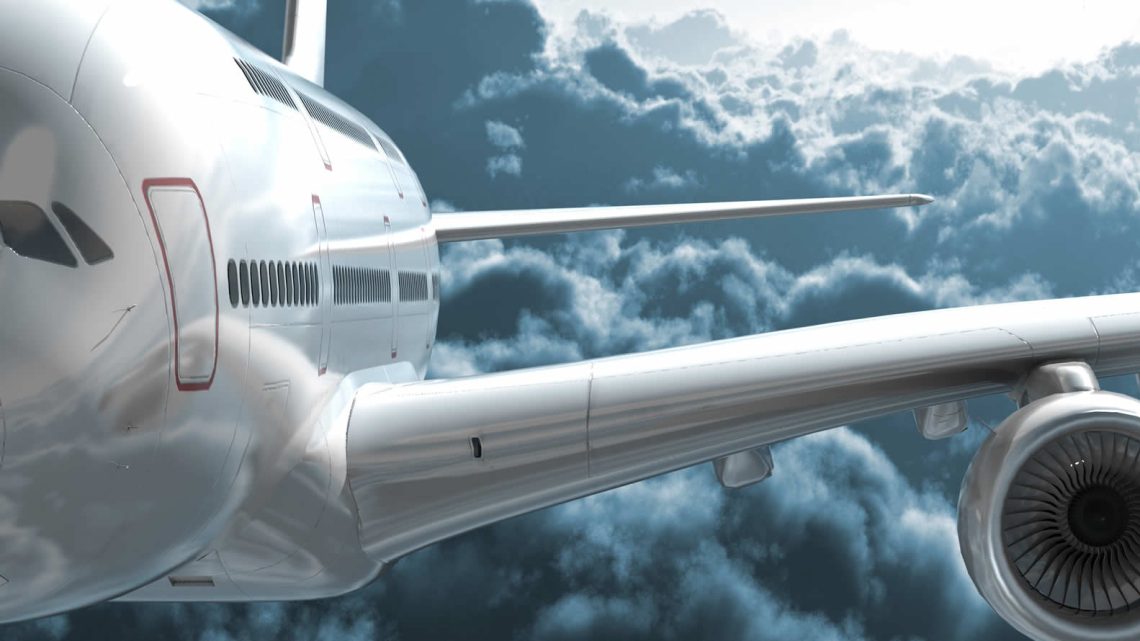 The announcement coincides with FSE’s upgrade to their existing hot and cold fuel test facility to now offer both gaseous and liquid hydrogen in a world-first commercial test environment in Bristol, which has become a focal point globally for hydrogen flight activity. These test facilities enable aerospace companies to produce and test liquid hydrogen as a fuel for hydrogen test flights, with FSE providing further support towards certification for flight status. 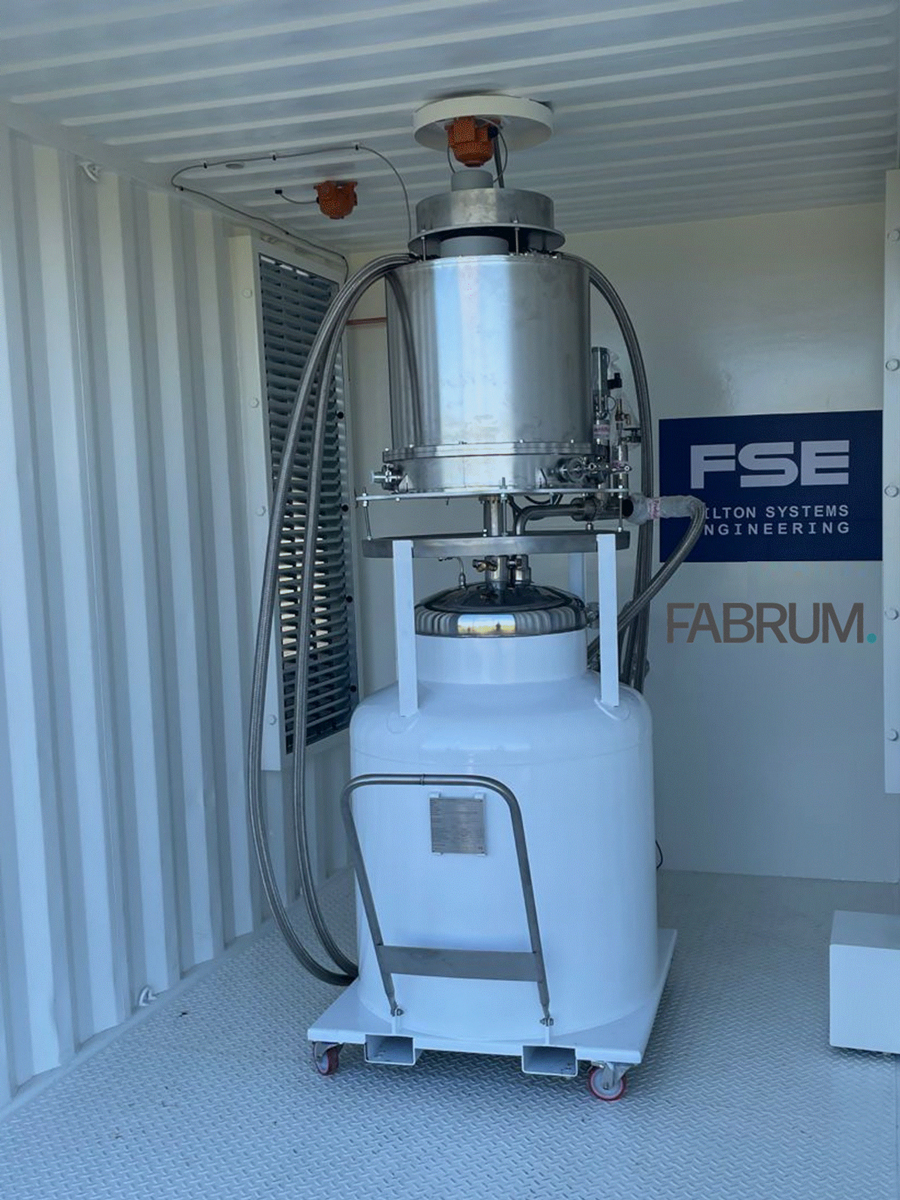 At the FSE test facility, a ground-based demonstrator of a 2.4 kW liquid hydrogen system has been jointly designed with GKN Aerospace, and built by FSE, under the Innovate UK-funded Safe Flight project.

This end-to-end system demonstrates the feasibility of liquid hydrogen as an aircraft fuel source and addresses many of the safety concerns raised by the introduction of such a novel fuel. The project has developed storage and dispensing technologies, optimised purging systems, and integrated fuel tank design with distribution on aircraft (including vaporisation and conditioning) through to supplying a fuel cell with gaseous hydrogen at the required temperature and pressure over a range of electrical loads representative of a typical flight.

Fabrum’s CEO, Dr Ojas Mahapatra, says Fabrum is excited to be shifting the future of aviation with FSE.

“The successful adoption of zero-emission fuels requires both ground-based infrastructure development for liquid hydrogen provisioning at airports and aircraft that will use it. Point-of-use liquid hydrogen production is the most economical short to medium-term solution to enable zero emission flight. We’ve already proven our ground hydrogen fuel solutions for small and medium-scale hydrogen production. Now, with FSE, we’re taking these refuelling solutions to the aviation industry – right through to the onboard fuel cell.”

Ben Richardson, Commercial Director, Filton Systems Engineering, says the company is ready to support the aviation industry as it innovates towards a hydrogen future – as its world-first solutions are a reality.

“We’ve combined our world-leading aerospace expertise in fuel system and equipment design and certification with Fabrum’s unique and complementary expertise to achieve significant liquid hydrogen milestones. We looked globally for the best people to help us shift aviation towards a hydrogen future, and Fabrum is an ideal partner as they’re the best at what they do in the world. Together, we’ve already delivered break-through test facilities with ready access to hydrogen on-site and on-demand. We see this as a vital asset to the Aerospace, and other industrial sectors, if hydrogen is going to be developed as an alternate fuel source. There is now a facility in the UK where product development can be performed safely with a continuous supply of liquid hydrogen.

“In addition, US-based NI (previously National Instruments) with expertise from involvement in recent Space programmes, are providing gauging and control hardware and methodologies to solve the challenges associated with the control and instrumentation of such a challenging and relatively unknown fuel.”

Fabrum’s Managing Director and co-founder, Christopher Boyle, says the company’s partnership with FSE is powerful as it leverages Fabrum’s years of experience delivering components into aviation for future flight, including superconducting motors and battery technology for electric aeroplanes.

“We’re excited to now tie our aerospace and hydrogen systems together for actual flight and full certification with FSE. We’ve always believed hydrogen is the ideal alternative fuel for aviation, and over 17 years, we’ve developed enormous capability and understand the drivers for aviation systems. Liquid hydrogen offers a new future for sustainable long-distance travel – and energy self-sufficiency.”

Boyle likens challenges for hydrogen-powered aviation to Formula One: “It demands the best tech to achieve the outcomes the industry is after and requires high-performance, high reliability and consciousness around weight. We’re the only company in the world with capability in electrolysis, liquefaction, distribution and fuel ground storage through to aircraft fuelling on onboard fuel tanks – with the ability to vaporise liquid back to gas at the right pressure and temperature for the fuel cell.

“Our technologies are a game-changer for aviation innovators and researchers – as we’re enabling liquid hydrogen production on-demand as close as possible to the point of use, storage, and containment. This is a paradigm shift from liquid hydrogen produced at large-scale plants and transported to the site of use.”

Fabrum is leading the world in end-to-end zero-emission transition technologies to enable a lower-carbon economy. Formerly known as Fabrum Solutions, the company recently merged with AFCryo, a world leader in cryocoolers and liquefiers, to provide end-to-end mission-critical solutions, including hydrogen fuel solutions for heavy transport, marine and aviation.

Fabrum, established in 2004, has earned a global reputation as a leading innovator in the design, development, and manufacture of composite cryostats, superconducting motors and cryogenic systems.

Its world-leading cryocooler and liquefier systems, marketed under the AFCryocooler brand, are used by customers globally to liquefy and recondense nitrogen, oxygen, methane, argon, neon, biogas and hydrogen for animal science, food and beverage, research, medicine and energy applications.

Fabrum’s expertise and technology have led to numerous leading-edge projects. One NASA project for the Mars Lander focussed on CO2 Sublimation to create both breathable air and carbon-based fuel. Another involved creating reliable liquid air for use by NASA technicians as they assisted with rocket launches. Other customer projects include a system design for ETNZ’s prototype Chase Zero boat powered by hydrogen and electric and superconducting aerospace motors for Europe and US customers.

Filton Systems Engineering (FSE) is an exciting, innovative, family-orientated British, Engineering consultancy based in Bristol. FSE is built on a core of fluid system and fluid mechanical experts providing a proven pedigree to a wide range of industries across the globe. Originating in the aerospace industry, FSE has a recognised capability in developing equipment and systems for a range of applications both on and off aircraft, including fuel, air, hydraulic, inerting and engine systems. The company targets experience and