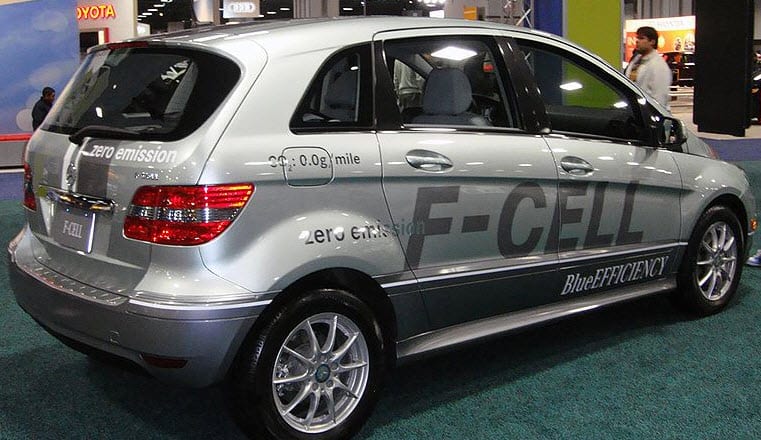 As Mercedes-Benz continues to promote their hydrogen-powered world tour, the manufacturer is beginning to unfurl plans for the emerging hydrogen fuel industry.

Earlier this year, Mercedes-Benz launched their B-Class fuel cell cars on a global trip to prove that hydrogen is ready for commercial use. Other vehicle manufacturers have been fervently working on developing their own cars that shun fossil-fuels, but they seem to be laboring in the shadow of Benz as the world tour commands consumer attention.

The German based manufacturer is the first to show the efficiency and sustainability of hydrogen powered cars. Previous to circumnavigating the globe, the benefits of fuel cell vehicles were mainly speculation. “The car has real world drivability and practicality,” says Benz spokesman David McCarthy.

The small fleet of B-Class cars has already defied skeptics, traveling from Germany and across the United States with no difficulty.

However, there is the very real concern over the lack of a hydrogen fuel infrastructure. Currently, refueling stations are few and far between — there are only seven such stations in the U.S. – and while there are plans to build more, construction can take years to complete. Without an infrastructure, it won’t matter how viable fuel cells become, as they will have no way to be fueled. Mercedes-Benz holds that hydrogen is the most promising of the alternative fuels. They plan to release 200 more of the B-Class vehicles this year, with commercial production beginning in 2015.