Methane emissions are growing, which may be accelerating climate change

Rising carbon dioxide emissions are often cited as a major contributor to climate change, but methane may actually be much more problematic for the environment. Scientists from Stanford University have released a new report, which highlights the growth in methane emissions and the potential effect this can have on climate change. The report notes that methane emissions hit new heights in 2014 and 2015. Moreover, methane emissions have been growing since 2007 and researchers are not entirely sure why this is happening.

According to researchers, the concentration of methane in the atmosphere has increase by more than 10 parts per billion, which is significantly higher than the 0.5 parts per billion that was reported more than a decade ago. While the reason behind the increase in methane production is not clear, some researchers believe that agricultural production is linked to the problem. Notably, rice production and livestock are both major methane producers and controlling the emissions produced within the agricultural sector may be extremely difficult, if not completely impossible. 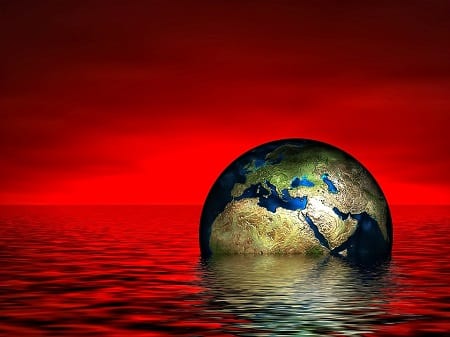 Now, scientists are calling upon the global community to commit more seriously to fighting climate change. The report suggests that methane emissions are growing so quickly that many countries may not be able to meet their environmental goals in the future. The Paris Agreement saw many countries come together to fight against climate change, setting new standards in terms of emissions production and ensuring that many governments would support renewable energy more actively. With methane emissions on the rise, however, the Paris Agreement may be in jeopardy.

Fighting climate change has become a priority for many developed countries, but small nations could suffer significantly from the impact of this phenomenon. As temperatures rise and climate change takes full effect, some countries may face major agricultural challenges in the future. They may also find their access to clean water and electricity compromised. This is particularly likely for island nations.