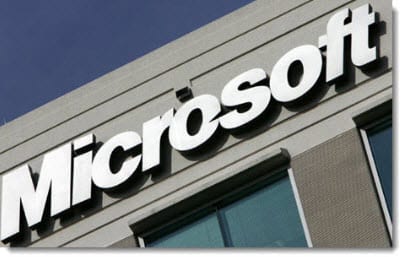 As climate change continues to attract attention, ways to mitigate the potential impact of the phenomenon are becoming a focus for businesses, governments, and other organizations around the world. One of these mitigation factors is a practice often referred to as cap-and-trade. This concept has generated a great deal of controversy in the realms of politics and business, but has managed to also capture a significant amount of support from environmentalist groups and alternative energy companies. The basic premise of cap-and-trade is to instill a limit on the amount of carbon emissions a particular entity can produce, enabling these entities to produce more emission by purchasing or trading for carbon allowances.

Microsoft has long been a proponent of energy efficiency and environmentalism. Though the company may not have an immaculate track record where these two areas are concerned, it has made strides in becoming more environmentally friendly in recent years. Company founder Bill Gates has been behind ambitious hydrogen fuel cell projects that are taking root in Africa and Microsoft has begun adopting alternative energy at a rapid pace. Now, the company has announced that it will be integrating the concept of cap-and-trade into its operations.

New initiative to go into effect next year

The technology giant will adopt an internalized carbon price. Each business unit of the corporation will be subjected to their own carbon price, which will go into effect at the beginning of next year. According to Microsoft’s Chief Environmental Strategist, Robert Bernard, the initiative may bring more than $10 million in investments to the clean energy industry. Microsoft will be using CO2 management software developed by CarbonSystems, an Australian company specializing in environmental technology.

Carbon price initiative may lead to an energy miracle

Bill Gates believes that energy is in dire need of a miracle. Gates notes that microprocessors and the Internet are miracles in the field of technology and have served to revolutionize the way people live their lives. Microsoft’s latest initiative may be enough to spur a similar miracle in the realm of alternative energy.