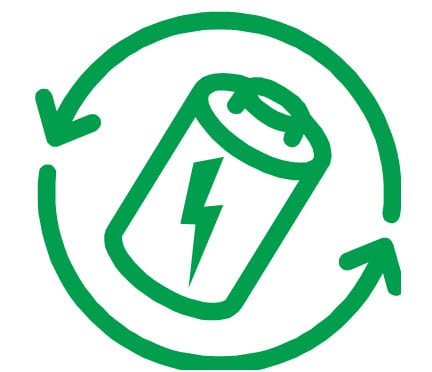 Nanotechnology is quickly becoming the hinge upon which the success of alternative energy will be realized or discarded as unviable.

Researchers from Stanford University have developed a new compound of nanoparticles that could increase the power and storage capacity of batteries tenfold. Such batteries would be able to be used in large scale energy storage and could make the nation’s energy infrastructure much more sustainable than it is today, a feat that researchers have been laboring to achieve for decades.

The research provides a promising alternative to other renewable fuels such as wind and solar. While these forms of energy are growing in popularity, they are susceptible to minor fluctuations in weather that can severely hamper their energy output. Fuel cells are still quite expensive, making them unviable in terms of widespread usage in the electrical grid.

The new compound, however, can make energy storage and distribution excessively efficient.

Meaning that the energy generated on wind and solar farms could be used well after they have stopped working. Initial testing shows that batteries augmented with the compound can run for tens of thousands of cycles – charging and discharging of electricity – and never fail. The material makes batteries the most durable energy system known to man, far exceeding the acclaimed durability of fuel cells. Researchers say that the material is ready to be used on a massive scale, but whether it will is a matter of politics.