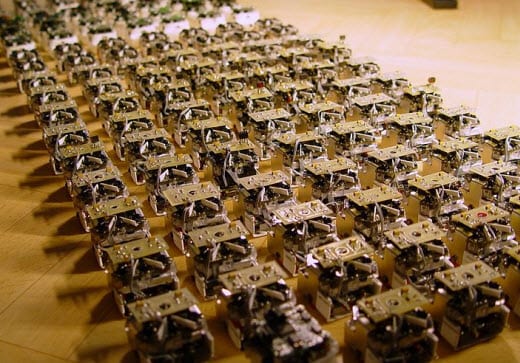 Researchers chose microbial fuel cells because of their greater flexibility when compared to traditional hydrogen-powered units. These fuel cells can be minute in size, with the smallest weighing a total of two pounds. The microrovers powered by these fuel cells will be used to conduct a series of scientific experiments on land and in the ocean. Many of these experiments will revolve around how much electricity is actually needed to power small machines that are meant to perform mammoth tasks.

The U.S. military has been a major supporter of alternative energy over the past year.

In 2011, the Department of Defense highlighted hydrogen fuel as a major energy priority for national defense. The agency has also urged the Department of Energy to adopt alternative energy at a quicker pace, claiming that the U.S. energy infrastructure must be updated in order to ensure its continued security in the future.