Research team develops a catalyst that does not use platinum

A research team from the University of Wisconsin-Madison have developed a new catalyst that is meant to make hydrogen fuel cells more efficient and less expensive. Conventional catalysts are notoriously expensive because they make use of platinum, a material that is resistant to the oxidation that occurs within a fuel cell system. The high cost of this material makes fuel cells somewhat unattractive when they are compared to other renewable energy solutions.

The new catalyst is comprised of phosphorus and sulfur, which are very common elements, and cobalt, which is nearly 1,000 times less expensive than platinum. The catalyst requires a relatively little amount of energy to power a chemical reaction and researchers believe that the catalyst is nearly as efficient as those comprised of platinum. The research team has found that the new catalyst can also perform on par with similar catalysts that make use of non-noble metals. 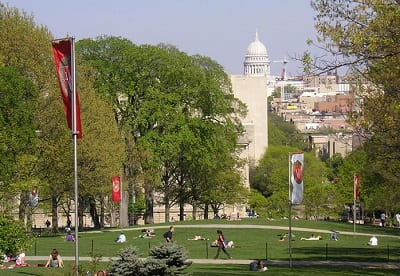 One of the defining qualities of the new catalyst is that it can use sunlight to produce energy as well. Researchers note that the use of solar energy to produce hydrogen fuel is significantly more efficient than conventional hydrogen production methods. This quality also adds more value to the catalyst, and may further improve the efficiency and energy production capabilities of fuel cells. The research team will continue experimenting with the catalyst, searching for ways to further improve the capabilities of the catalyst.

The expensive nature of hydrogen fuel cells has been one of the greatest roadblocks in the way of the widespread adoption of these energy systems for some time. Reducing the costs associated with fuel cells is expected to make these energy systems much more attractive to those interested in renewable energy. Several research teams around the world have been focusing on developing new catalysts to accomplish this goal.