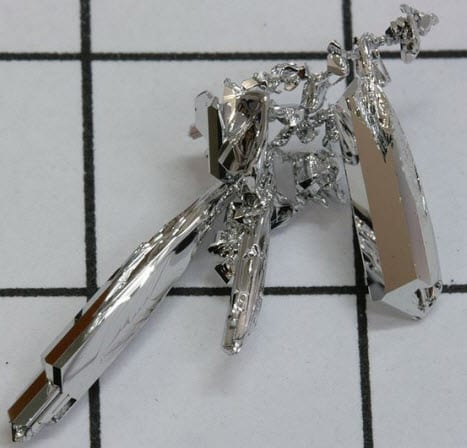 Scientists from the University of Southern California have developed a new catalyst for hydrogen fuel cells.

The catalyst in made from ruthenium, a rare chemical element derived from platinum. Unlike conventional platinum catalysts, ruthenium is highly resistant to electrolysis, the process through which hydrogen is produced from water. The chemical reactions occurring in fuel cells are quite volatile, putting a enormous strain on the internal components of units. These components wear out over time and need to be replaced, a costly procedure considering the massive expense associated with platinum.

Using the ruthenium catalysts, researchers have developed a fuel cell that extracts hydrogen from ammonia borane. Previous attempts at using ammonia borane as a viable hydrogen source were met with mild success but each attempt harbored a serious drawback. The process through which hydrogen is extracted from ammonia borane produces caustic chemicals which cause damage to fuel cells. These chemicals speed the rate of deterioration, making fuel cells ultimately unviable for commercial use.

The ruthenium catalysts, however, can extract hydrogen from ammonia borane, producing only a small amount of harmful chemicals in the process.

This gives the fuel cells longevity, which translates into better performance overall. Though the catalyst is derived from platinum, ruthenium is less expensive than its parent element, making fuel cells that use this catalyst more affordable.

Researchers have been seeking alternatives to conventional fuel cell catalysts for several years now. Ruthenium is among the most promising developments in fuel cell development, showing that hydrogen is quickly becoming a viable fuel.