New hydrogen fuel stations to be built in Japan

New fueling stations are coming to the Aichi Prefecture

New hydrogen fuel stations are being built in the Aichi Prefecture of Japan. There are already four fueling stations operating in the prefecture and this number will increase to 11 when construction on the new stations is completed at some point in the near future. Toyota is the company behind the development of these fuel stations, hoping to prepare Japan for the launch of its fuel cell vehicles. The automaker intends to launch its fuel cell vehicles beginning in 2015.

Japan is currently home to one of the most comprehensive hydrogen fuel infrastructures in the world. Fuel cells have been used in the country for various purposes, including residential power, for several years now and Japan has invested heavily in the fuel infrastructure needed to support these energy systems. With Japanese automakers planning to launch fuel cell vehicles in the future, the Japanese government has been working to incentivize the purchase of these vehicles and further bolster the country’s fuel infrastructure.

Retail cost of hydrogen has not yet been set 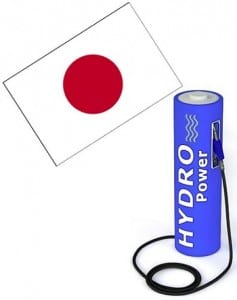 Fuel cell vehicles may have trouble finding success outside of Japan

There is some concern that fuel cell vehicles will have very limited success outside of Japan. Elsewhere in the world, governments have been showing cautious support for these vehicles through the introduction of subsidies that will support their purchase and modest investments in infrastructure projects. Time will tell whether or not these concerns are founded.