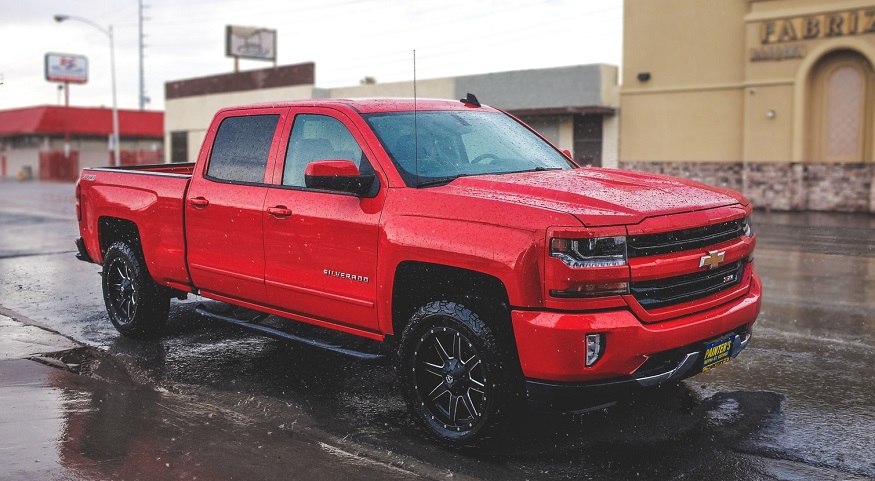 The Indiana company is retrofitting vehicles using a new system that produces its own H2.

Aluminum Gallium Co. (AlGalCo), a start-up from Indiana, is retrofitting pickup trucks and other similar vehicles with hydrogen-on-tap technology. This allows the vehicles to produce their own H2 fuel.

In this way, when the vehicles are operating, they begin to produce their own zero-emission fuel.

At the moment, the hydrogen-on-tap retrofit consists of a 45-kilogram (about 100 pounds) metal box that sits in the work truck bed. When the engine starts, the device automatically begins production of H2, which is fed into the engine’s intake manifold. In this way, the engine runs on H2 until that is unavailable, at which point the vehicle switches back to traditional gasoline consumption. This new type of hybrid vehicle’s fossil fuel consumption can be substantially reduced in this way.

Hydron Start-up to Develop Autonomo...
➡️PLAY THIS HYDROGEN NEWS ARTICLE IN: ENGLISH, FRENCH & GERMAN
The design of the retrofit doesn’t require a fuel cell module, which is a standard component of most vehicles powered by H2. Furthermore, there isn’t any need for refuelling pumps or high-pressure storage tanks, for that matter. Instead, the device is composed of six stainless steel canisters. Each of those canisters contains a 113-gram aluminum and gallium alloy button. Within the cannisters, water drips onto the buttons, producing a chemical reaction, splitting the water’s oxygen and hydrogen.

The hydrogen-on-tap device releases the H2 for use as fuel and what’s left is aluminum oxide.

That aluminum oxide waste product can be recycled into more of the buttons. When the buttons are all spent, their cannisters can be replaced with fresh ones. The old ones are returned to have their buttons replaced.

AlGalCo has been developing and refining this technology for nearly a decade and a half. This process is based on the work of Jerry Woodall a distinguished engineer. By 2013, the company had entered into a partnership with the Camel Street Department for the production of a prototype for one of the city’s own Ford F-250 pickup trucks.

Tests using the vehicle have shown that the hydrogen-on-demand retrofit improves gas mileage by about 15 percent and reduces carbon dioxide emissions by about 20 percent.