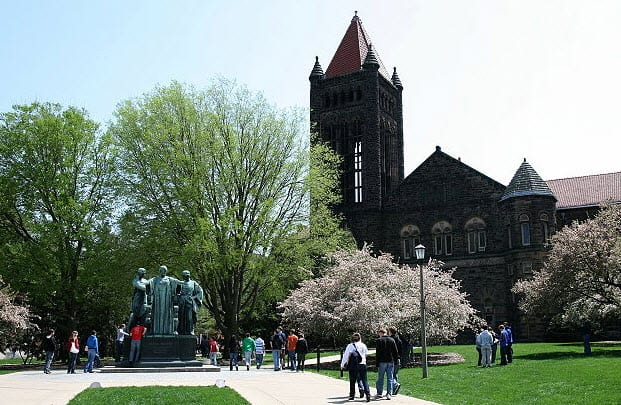 Researchers from the University of Illinois have discovered a new liquid that could function as a catalyst in hydrogen fuel cells.

The chemical, an ionic liquid, can be used for much more than powering hydrogen conversions, however, as researchers have been able to successfully use the chemical to produce artificial photosynthesis. The chemical could be used to convert carbon dioxide gas into other carbon-based chemicals, which can then be used to produce fuel. This fuel can be used to power anything from cars to computers.

Artificial photosynthesis has long been a goal for the scientific community. Scientists from the Massachusetts Institute of Technology were the first to successfully replicate photosynthesis with the production of an artificial leaf late last year.

While it is still unknown how artificial photosynthesis will change the world of energy, scientists believe that it will greatly reduce the environmental impact of carbon-based energy use.

Using the ionic liquid, scientists have been able to capture the emissions of vehicles an convert them into usable fuel. While initial tests have only been done on a very small scale, scientists have proven that the concept is sound. One problem remains, however, in that the process can be incredibly energy intensive, making it unviable for commercial use of any kind. Further experiments will be done to perfect the system and, hopefully, produce solutions to this problem in the near future.