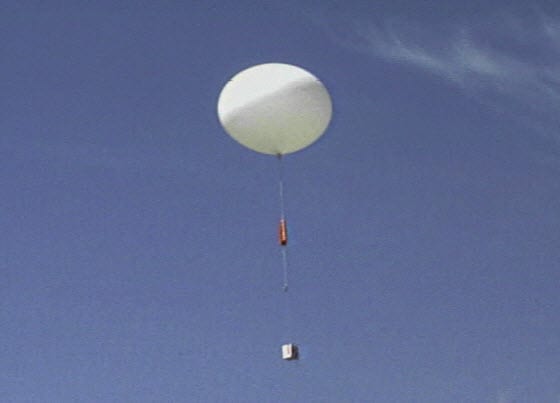 AlumiFuel Power Inc., a hydrogen production company based in Philadelphia, Pennsylvania, has been awarded with a contract from the U.S. Air Force Special Operations Command for the construction and use of the company’s PBIS-2000 hydrogen fuel system.

The PBIS-2000 is a hydrogen generator that will be used to provide fuel to a number of Air Force balloons that act as surveillance and research devices for the military. The company will provide the Air Force with the tools and training necessary to service the generators and make repairs if need be. The PBIS-2000 system is expected to be ready for use by 2012.

The company notes that the system, though used for simple surveillance and research procedures, could be used to establish global standards regarding fuel cell technologies, especially in terms of meteorology.

Weather balloons are a common tool when tracking weather patterns and making forecasts.

Given that hydrogen is lighter than oxygen or helium, it is the best gas suited for such uses. The PBIS-2000 can not only produce enough hydrogen to keep these balloons in the air, it can also use that hydrogen to power the electrical equipment needed for these devices to serve their purpose.

The U.S. military has been investing more into hydrogen fuel in recent years as the alternative energy has proven efficient. The trend is likely to continue as new technologies continue to make fuel cells more efficient and powerful.