The blades of the turbine will be longer than two football fields.

A large group of researchers are working together to build a low-cost 50 MW (megawatt) wind turbine for offshore wind energy production. This is big alternative energy news because the vast majority of current wind turbines are 1 to 2 MW, with the largest typically having a capacity of 8 MW. For a turbine to be able to produce 50 MW of energy, it would need to have blades that measures over 650 feet in length, which is two and half times longer than current blades on wind turbines. To put this into greater perspective, the blade would need to be longer than the length of two football fields.

The turbine will require more than larger blades to have a 50 MW energy capacity.

The lead blade designer on the project and technical lead for Snadia’s Offshore Wind Energy Program, Todd Griffith, stated that “Conventional upwind blades are expensive to manufacture, deploy, and maintain beyond 10-15 MW. They must be stiff to avoid fatigue and eliminate the risk of tower strikes in strong gusts.” Griffth added that the stiff blades are heavy and that their mass becomes incredibly problematic at the extreme scale “due to gravity loads and other changes.” 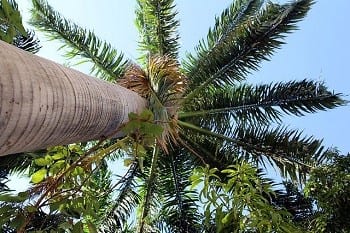 The turbine that is being developed (the Segmented Ultralight Morphing Rotor (SUMR) turbine), changes the direction in which the blades are facing in response to wind strength. In very high winds, the blades bend and align with the direction of the wind, similar to the way a palm tree does in a hurricane. By bending and aligning with the wind, this decreases the risk of damage. On the other hand, when the wind blows at lower speeds, the blades of the turbine spread out to get the most out of energy production.

Huge offshore wind turbines could help the United States meet the Department of Energy’s goal of generating 20% of the nation’s energy from renewable wind power by 2030. This new wind energy technology, developed by the researchers, could be a huge step toward maximizing wind energy potential.

The areas in America that are best suited to offshore wind energy generation are those where storms and hurricanes occur. Turbine blades that could withstand the stress of extreme winds and align with the wind direction could, no doubt, be a huge asset to the wind energy industry. Furthermore, the new wind turbine blade would be built in segments. This would make them easier to build and transport, which would also reduce cost.