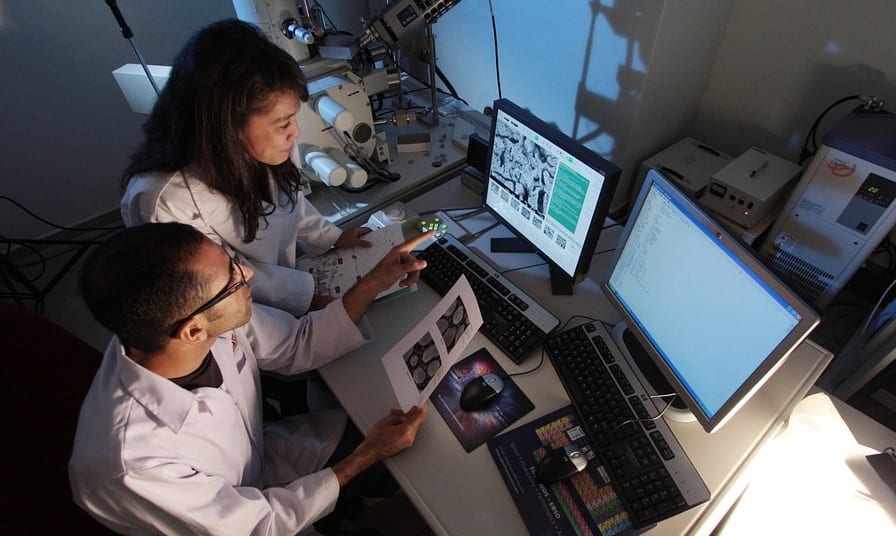 New research has found that these designer materials may take the performance of these fuel cells to new heights.

University of Michigan researchers have discovered new ways to increase the amount of energy-dense hydrogen that is stored in metal organic frameworks (MOFs). Additional storage increases the energy density, which in turn, increase the projected driving range of a fuel cell vehicle.

MOFs are one of the most promising ways to store hydrogen.

Metal organic frameworks are designer materials composed of metal ions combined with organic molecules. Due to their porous nature, some MOFs show a lot of promise for effectively storing hydrogen.

To find which of the numerous MOFs would be beneficial for hydrogen storage, the researchers collected information on all available MOFs, including both those that were previously designed and those that remain hypothetical. After adding this information to their database, the researchers proceeded to use high-throughput computer simulations to hunt through their database of almost 500,000 MOFs to find the materials with the most promising capacities.

Three were identified as having the potential to surpass previous records for hydrogen storage. These materials were named SNU-70, UMCM-( and PCN-610/NU-100 by the researchers. All were synthesized and their performance analyzed.

It was discovered that each exceeded the performance of IRMOF-20, a MOF the team had identified back in 2017.

In addition to the high-costs of producing hydrogen, another major challenge the auto industry faces before it can truly embrace this alternative fuel is transporting hydrogen gas.

In its gas form, hydrogen is very difficult to move and to store efficiently in large quantities. However, by increasing the quantity of hydrogen that a MOF absorbent can store, this can lower the pressure required to store hydrogen gas as well as its size, according to Don Siegel, one of the researchers and associate professor of mechanical engineering at the University of Michigan.

“You might describe it as more efficient—putting more energy into a smaller space and in a lighter package.”

“We want to eliminate the energy storage problem for hydrogen fuel cell vehicles. This shows we’re moving in that direction,” Siegel says.

The researchers’ new metal organic frameworks findings have been published in the journal Nature Communications.