Microsoft has built a new, zero-carbon data center in Cheyenne, Wyoming, with the help of Siemens and FuelCell Energy. The companies built the data center to accommodate Microsoft’s growing data storage and management needs, but also to showcase how such facilities can be completely powered by renewable energy. Data centers are notoriously energy hungry, requiring large quantities of electrical power in order to remain operational for extended periods of time.

In the past, many had believed that renewable energy would not be enough to meet the needs of data centers. Now, however, that is no longer the case, thanks to advancements that have been made in the clean technology space. The new data center is equipped with a biogas fuel cell system, which produces 300 kilowatts of electrical power. The biogas that is used by the fuel cell system is supplied by a nearby gas production facility located in Dry Creek. The data center will be using 200 kilowatts of the electricity produced by the fuel cell system, with the remainder being delivered to a wastewater treatment facility. 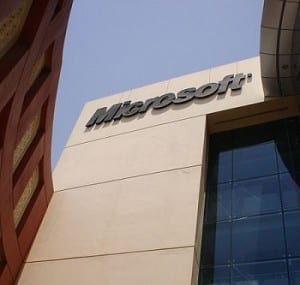 FuelCell Energy has developed and installed the fuel cell system, which converts biogas into hydrogen fuel. Siemens has equipped the data center with energy monitoring equipment, allowing those working at the facility to measure the performance of the fuel cell system. The power management system will allow the data center’s engineers to ensure that the facility has the energy it needs to function on a 24-hour basis.

Fuel cells are becoming a popular solution to the energy needs of data centers. Microsoft has been using these energy systems more frequently in order to reduce the reliance of its data centers on fossil-fuels, making these facilities more environmentally friendly. In the coming years, fuel cells are likely to become yet more common energy solutions in the technology field, especially as more companies embrace clean energy.